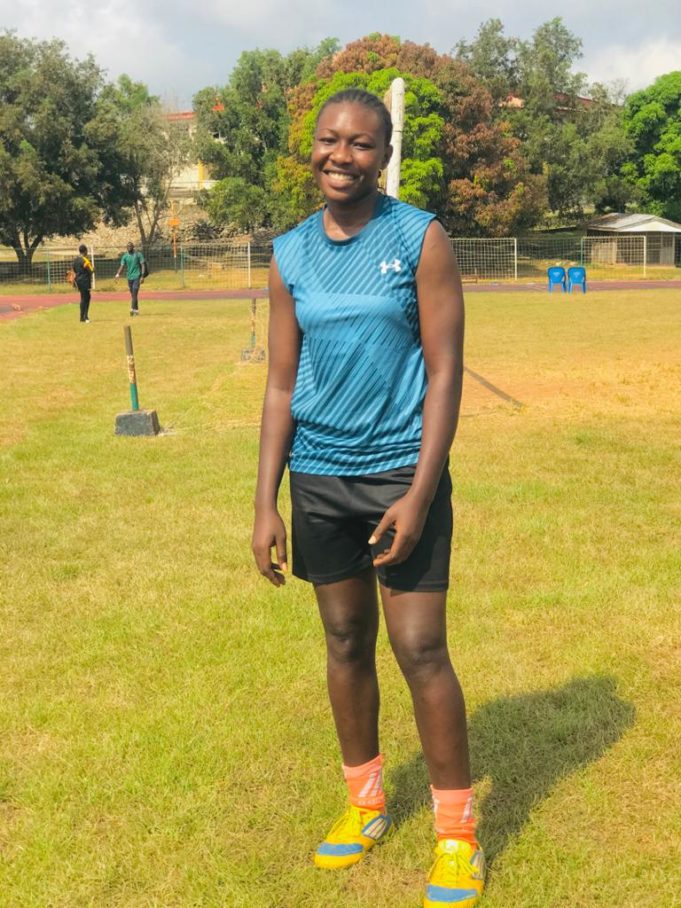 A Final year student of Federal University of Technology, Adedeji Pamilerin Deborah has revealed that she wanted to be the Next Asisat Oshoala.

Asisat Oshoala is a four Time Africa Women’s Player of the year, she plays for Spanish side FC Barcelona Femení in the Primera División, She was named best player and was the highest goal scorer at the 2014 FIFA U-20 Women’s World Cup.

Deborah in a #TweetChatWithOluwadarmie hosted by Olufemi Damilola revealed that Government and Private sectors have not being supporting talents.

The Business Administration student also added that her parents usually insults and beats her because of football but they later agree to support her when she joined FUTA TIGRESS.

According to her, “No one than Asisat Lamina Oshoala MON because that’s what people see in me and also the reason why my school mates, friends and family calls me “Oshoala of our time.

“No beautiful story yet because our government has not been supportive, the private sectors and the rest. They need to believe in dreams like mine cos there are lot of us outside yet to be discovered.

“with all the everyday insults, beatings, i still didn’t stop because football is in me and i take it as something part of me. Not long she had to accept my decision concerning the football when she knew i joined my school team which is FUTA TIGRESS”

The Captain of FUTA Tigress added that it has not been easy to combine Academics and Football together.

“I must say it hasn’t been easy, i mean it has been a very difficult task. I can remember when i was in 200lv, we had an olympic game (it’s a competition between faculties) and i had to stand up for my faculty because only few girls are into sport.

” I had to compete for the marathon race, 400m race, high jump, table tennis and also cap the faculty female team because there was no one to stand up for us at the female level i did all that and came 2nd.

“I had no choice because it was a big jackpot for me, so i went that fateful morning to train, it was a 2 hours training 6:30am-8:30am. Trust me, it was an intensive training but i did my best and went back home, on getting to my room I saw a message from my class representative that a test that was supposed to hold on Tuesday is going on presently, i had to rush to the lecture theater for the test instead of resting due to the olympic stress and the morning training.