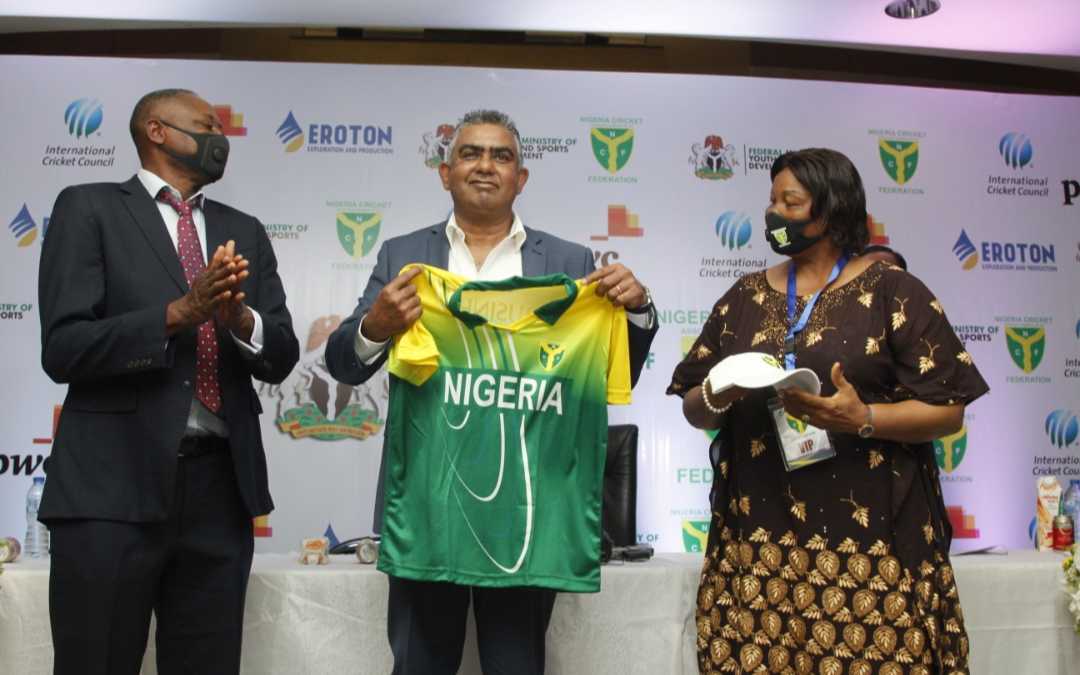 Asanka Gurusinha is just a month old on his job as the Nigeria senior male team cricket coach amidst many expectations from cricket stakeholders.

With his level of pedigree, the Sri Lankan is perceived as the messiah of Nigerian cricket.

Arguably, his appointment is regarded as one of the biggest steps the country has taken towards developing the sport.

But cricket isn’t a day-old in Nigeria. The sport has existed in the country for over a century.

In 1905, there was an officially recorded cricket match played in Calabar (in the country’s Southern Region) “between a Nigerian selection and crew members of battleship HMS Royal Navy”, Yahaya Ukwenya, president of the Nigeria Cricket Federation (NCF) said.

Despite its early acceptance by the country’s populace, the sport’s fan base and grassroots development prior to this time remained low.

It was only in January 2020, that the country recorded its first ever World Cup appearance following the hard-fighting spirit of the Under-19 male team in South Africa. As underdogs, the team lost out in the group stages of the tournament.

Earlier, in October 2019, the country’s senior male team made an unexpected debut at the T20 World Cup qualifier in UAE. This was possible following the suspension of Zimbabwe Cricket Union by the International Cricket Council (ICC) in July of the same year due to government interference in the sport’s administration.

Same year, the national women’s team made appeared at a World Cup qualifier for the first time in Zimbabwe.

These historic outings are evidence that the country’s level of cricket development has improved.

In a bid to continuously advance and maintain the standard of the national team’s performance at the elite level, the NCF felt the services of a foreign coach of international repute was required.

This decision became imperative as Nigeria looks to compete at more international tournaments in the near future and also improve her performance in world cricket rankings.

“Cricket in Nigeria has improved immensely since the inception of this administration,” Ukwenya, president of NCF said.

“We have seen our players perform at the highest level of cricket in the world and we believe that the right technical expertise will see the country improve greatly.”

Gurusinha, a former Sri Lankan cricketer and coach was unveiled on December 8 at the Moshood Abiola National Stadium, Abuja.

The ICC Level 3 certified coach will oversee the technical bench of the senior male national team as well as head the country’s high-performance programme.

He is also expected to develop a national framework for grassroots cricket coaching unique to Nigerian setting and serve as mentor to the indigenous coaches.

Gurusinha is said to have taken up the challenge in Nigeria due to his involvement -as a young cricketer – in the transition process of Sri Lanka from an associate country (which Nigeria currently is) to a Test playing country in 1982 and eventually to World Cup glory in 1996 – a feat Nigeria intends to attain in the near future.

“The experiences from such a career would be useful to a low resource but ambitious country with huge potentials like Nigeria,” Ukwenya added

With the 55-year-old at the helm of affairs, the country cannot wait to start winning matches and participating regularly and competitively at international events.

Nigeria is currently ranked 39th in the world in T20 and this is due to her cumulative poor performance over a long period of time but Ukwenya echoes that the right man for the job has been appointed.

“We hope that with Gurusinha’s arrival, Nigeria can no longer take a passing interest in World Cricket. We should be able to compete at all levels.

“In no distant future, we want to become a test playing country, go to World Cup, compete on a regular basis and not just make up the numbers.

“It is also our ambition to become one of the top three countries in Africa after South Africa and Zimbabwe as soon as possible and be ranked as one of top 20 T20 countries of the world,” the NCF boss said.

The sports administrator, who is also a surgeon, said the 1996 Cricket World Cup winner’s appointment would influence the country’s developmental structure.

“His presence will greatly impact on our developmental structure as we look to begin our Accelerated Growth Programme. This will be the greatest legacy Gurusinha will leave behind.

“We want him to expose us to the international best practices behind the successes of cricket from his own county Sri Lanka and Australia—having served in the capacity as the Consultant Regional Coach for Cricket Australia.

“We want to have a system and structure that will help us have a continuous line of production of poise players and be able to get the best out of them.

“These are some of the immediate goals we have set for ourselves following Gurusinha’s arrival,” Ukwenya, who also doubles as the vice chairman of the Africa Cricket Association (ACA) added.

In a bid to aid the coach’s job and fast-track the achievement of the above targets, the NCF said it was working on hiring the services of a Physical Conditioning and Fitness Trainer.

“Henceforth, fitness is part of the team’s training. We hope to become one of the fittest teams in Africa. The best fielding and batting side in the continent.

“Our players should take note and be ready for this,” the NCF boss concluded.

The new coach has hit the ground running with his first assignment of looking at a pool of 36 elite players that were invited from across the country for camping.

The players – grouped into three – had intensive round robin matches between the sides.

The players were later pruned down to 26 as they went into high performance camp.

Gurusinha, who came out on top among 32 others interviewed for the jop, expressed satisfaction with the level of talents seen but quickly identified that there was a lot of work to be done.

“I am very excited to take up this job and I am really looking forward to the best we can achieve with the level of enthusiasm, talent and support that the NCF has.”

“The players are talented. It is just getting them ready to compete and into a habit of winning,” Gurusinha said.

However, it is the overall goal of the NCF for cricket to be loved by Nigerians from all facets of life. A huge part of achieving this goal relies on the success of Gurusinha’s reign.

But, with a recent surge in COVID-19 in Nigeria and across the globe, cricket fans would hope that the situation is curtailed soon so it does not have any negative effect on the development of the sport in the country.