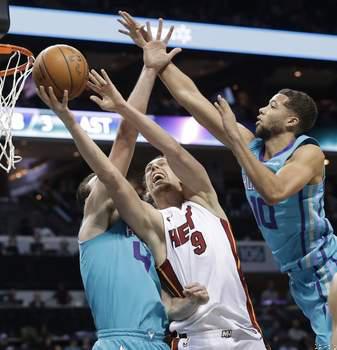 Kelly Olynyk scored 14 of his 16 points in the fourth quarter, including a free throw with 0.2 seconds left, to help the Miami Heat erase a five-point deficit in the final 34 seconds and stun the Charlotte Hornets 106-105 on Saturday night.
Wayne Ellington had 26 points on six 3-pointers, James Johnson had 22 points and Olynyk was brilliant down the stretch.
Nic Batum scored a season-high 26 points and Kemba Walker had 22 for Charlotte, which had a two-game winning streak snapped.
Charlotte led 105-100 when Johnson got free for a dunk. The Hornets inbounded the ball to Batum, but Josh Richardson ripped it from his hands and passed to Johnson, who knocked down a 3-pointer from the wing to tie.
After a timeout, Walker missed a driving layup, and Olynyk grabbed the rebound and drove the length of the court. He was fouled by Dwight Howard on a disputed reach-in call and made the second of two free throws.
The Heat deflected the ensuing inbound pass as time expired. 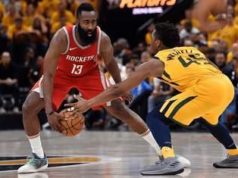