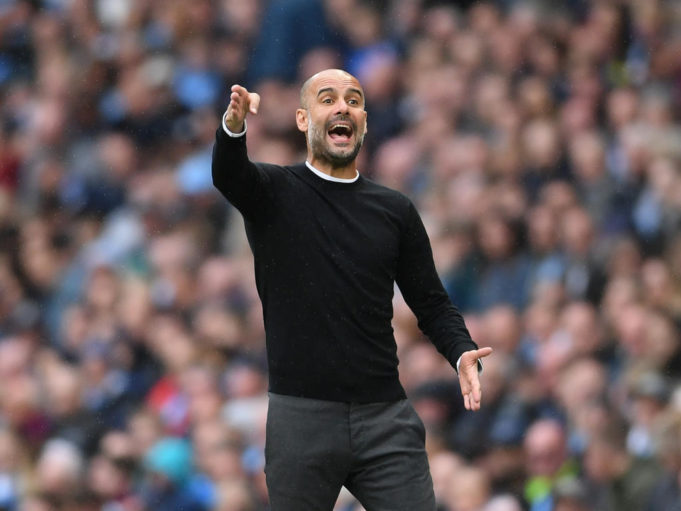 Pep Guardiola praised David Silva as the “incredible” Manchester City playmaker turned on the style one more time in Wednesday’s 5-0 rout of Newcastle.

Silva scored a superb free-kick and set up goals for Gabriel Jesus and Raheem Sterling at the Etihad Stadium.

The 34-year-old is leaving City at the end of the season after a decade’s outstanding service.

Although all games are currently being played behind closed doors due to the coronavirus, Guardiola wants Silva to return for a farewell game to allow City fans to give him a proper send-off.

“It is not the game today, which was incredible, but what he has done over 10 years,” Guardiola said.

“When the people come back to the Etihad Stadium we will do a farewell game for one of the legends of this club.

“He is maybe the best in the small spaces. Moving between the lines I have never seen anyone like him.

“He has come back from lockdown in incredible form and rhythm. If he decides to play on he can play anywhere. There is no doubt about this.”

He finally stepped up to the plate with the first-half strike.

It was Jesus’s 19th goal of the season, but just his second in his last 12 Premier League matches, banishing a nine-game barren run in all competitions.

Riyad Mahrez increased City’s lead and Federico Fernandez’s own goal was followed by Silva’s free-kick and a late Sterling strike.

Guardiola’s side have only pride to play for in the remainder of the Premier League season after Liverpool took the title.

But second-placed City, who won the League Cup in March, still have silverware in their sights as they await the result of their appeal against a two-season ban from European competition.

They face an FA Cup semi-final against Arsenal on July 18 and the second leg of their Champions League last-16 tie against Real Madrid in August, with City holding a 2-1 lead.

After losing two of their last three league games, Guardiola had warned his players to cut out the mistakes that have blighted their season.

With that in mind, Guardiola was encouraged by the ruthless way they put Newcastle to the sword.

“At Southampton I had no doubts about the way we played but this game is about winning,” he said.

“Now we have four weeks to finish second, score a lot of goals. We want to score goals, respect the football and prepare well for Arsenal and (Real) Madrid.”

Guardiola insisted this week that Jesus had produced “one of his best performances of this season” in Sunday’s defeat at Southampton.

The 23-year-old repaid Guardiola’s faith in the 10th minute, meeting Silva’s pass with a close-range finish for his first goal since netting at Real Madrid in February.

City midfielder Phil Foden dragged his shot wide from a tight angle after a dangerous burst into the Newcastle area.

Guardiola’s men were in complete control and doubled their lead in the 21st minute.

Foden sent Kevin De Bruyne away down the left side of the Newcastle area and the Belgian’s cut-back was slotted home by Mahrez for his 12th goal of the season.

City’s relentless pressure produced a third goal in the 58th minute when Jesus’s raid panicked Matt Ritchie into a desperate clearance that cannoned off Fernandez into his own net.

In the final months of his last season with City, Silva remains a class act and he made it four with a fine free-kick that left Dubravka rooted to the spot in the 65th minute.

Sterling’s 90th-minute tap-in made it 17 goals for City in their four home games since the restart.