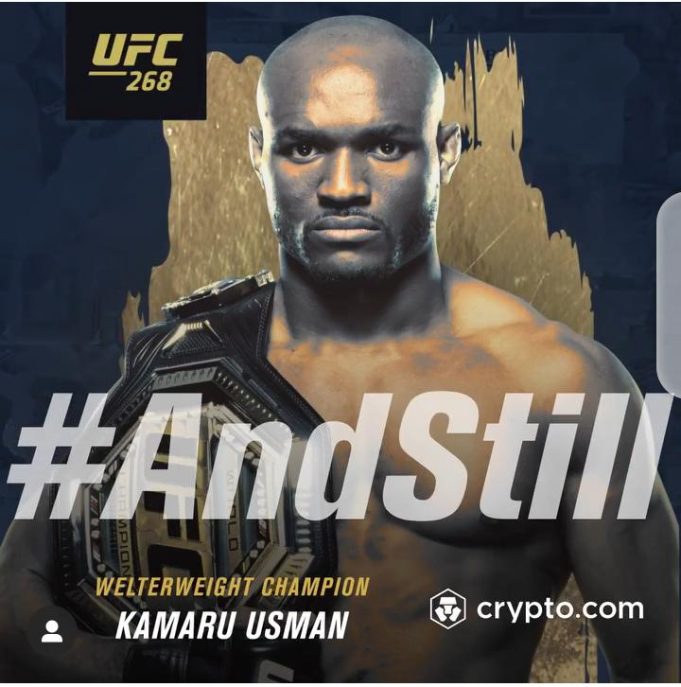 The 34 years old Auchi born Usman nocked down his challenger twice in the second round in the title fight which took place at the world famous Madison Square Garden, New York, United States in the early hours of Sunday.

In the letter from the office of the Deputy Governor, Edo State Government described the reigning UFC welterweight champion as a shining star and a true reflection of what the Nigerian youth should represent.

The state government commended Usman for keeping to his promise to “give back to the society that made him by being a role model to the younger generation.”

” We are ready to receive you again and again whenever you are in Nigeria. You are a true patriot and our ambassador of sports, we are proud of you and indeed, Nigerians are proud of you. Be assured that we shall continue to pray for you to get to the zenith. We are looking forward to partnering with you in discovering and nurturing young talents in the area of kick boxing, ” the letter stressed.

The Welterweight Champion, Kamaru Usman, also known as ‘the Nigerian Nightmare’ who hails from Auchi, Edo State joined the UFC in 2015 and he has remained unbeaten after 19 title fights. His first fight with Covington in 2019 ended in a knockout in the 5th round. The one of early hours of Sunday was their second meet where the three judges unanimously gave it to Usman as the winner.

Madrid in talks with Hazard