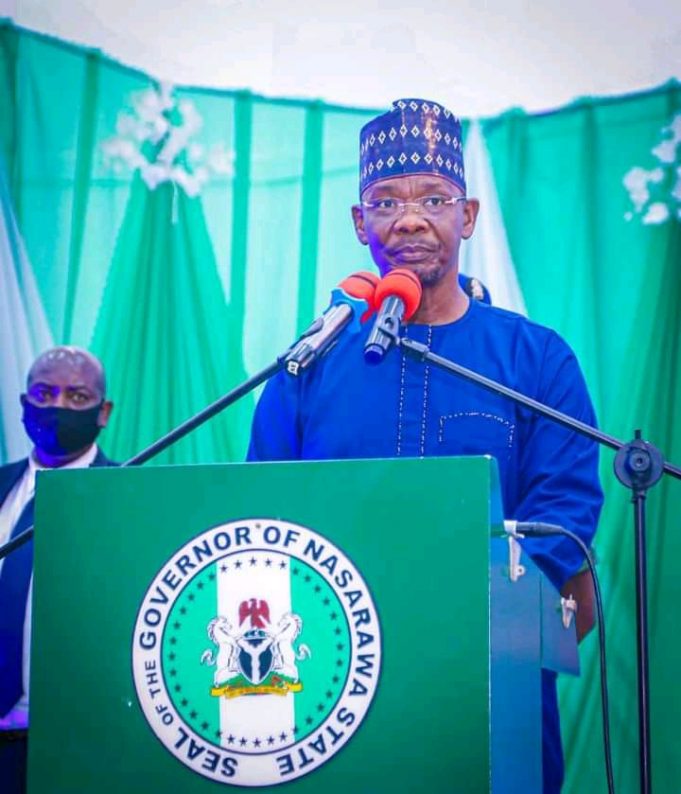 Despite losing 3-4 via penalty in Sunday’s 2021 Aiteo Federation Cup final to Bayelsa United in Benin City, Edo State, the Executive Governor of Nasarawa State, Engr. Abdullahi Sule, has thrown his full weight behind the Solid Miners, while pledging his administration’s continuous support to make the team excel in the future.

In a statement exclusively made available by Nasarawa United Media Unit to FreekickNaija, the Governor who is currently in the United States of America(USA) on an official assignment said:

“Hello champs! Sorry I’m coming a little late because I have to find the right words to still say ‘thank you’ for taking us this far.

“With the way the season before last was going, we were facing relegation but you turned the season around and got us here.

“No excuses at all, you just did very well. But in sports, the best is not always the winner.

“Let’s return home, celebrate all the other victories and rest a little for the next season.

“Thanks for taking Nasarawa State to the finals and all the victories during the season!

“You remain my champions!!!,” the statement read.