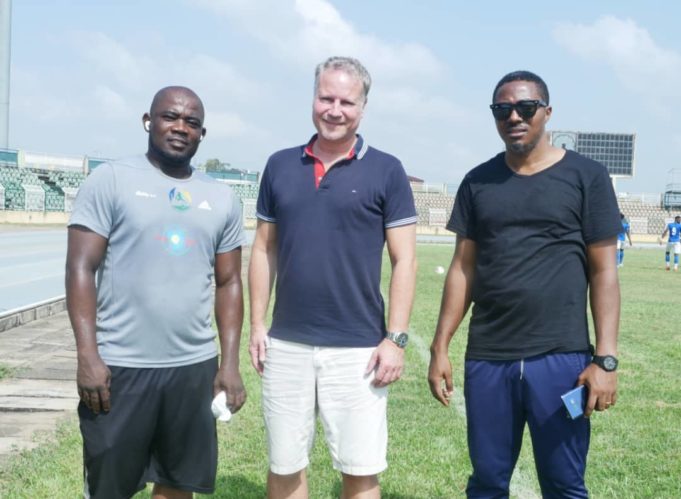 Olivier Schlegl who is a Latvian football agent is currently in Nigeria scouting for talents and has been working with Ogun State based Dino Sporting Club.

Speaking on the organization of the tourney, German born Schlegl said he is satisfied with the programme and also with quality of football matches he has seen so far.

“The organization of the tourney is very good, I’m impressed with the what I’ve seen. Firstly the stadium is nice, I’ve been to Nigeria several times and only few stadium have this standard.

“I saw seven strong teams played already and they are performing well, giving everything and leaving nothing behind.”

“Samuel Columbus did well with the organization and I respect him for that.” he said.

Schlegl also praised the players for their tremendous efforts all through the encounter.

“Taking into consideration, I appreciate the performance of the boys under this higj temperature because it wasn’t easy to perform under such weather.

“The intensity and effort they gave is not easy, it’s not easy for me too scout, because there are different and good talents here and they have done well.”.

On what he is looking in a player, Schlegl has this to say : “I’m not looking for what a striker can do on the pitch today, I want to see what a player can do in the next five years.”

“What they can do and achieve in the is what is in my head, like you said, it’s not always easy to spot such talents but with experience, we will surely get the right ones.” He concluded.