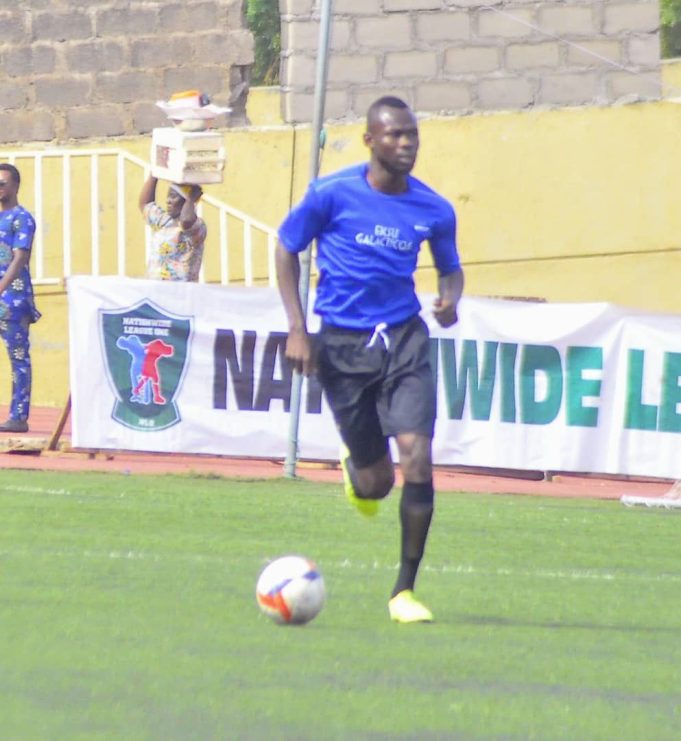 Former players of Eksu Galacticos known as the University boys have joined NNL based clubs ahead of the second tier of the 2021/2022 season.

The duo of Ojubanire Isaac and Akande Suraj all played for Eksu Galacticos during the club’s NLO campaign last season at Ilorin.

Ojubanire Isaac popularly called Shadow due to his defensive abilities couldn’t hide his joy with the opportunity.

The defender who is known for his calmness with the ball especially while controlling pressure from the opponent’s attacks hopes to keep the dream high with his new club.

Meanwhile, Akande Suraj, who just joined Abeokuta Stormers has said his target is to score goals.

According to the striker, he believes the challenge in his new club is a learning process.

The coach of Eksu Galacticos, Babajide Coupon couldn’t hide his joy with the success of his former players.

According to Coupon, he said “I’ve always believe in there dreams and I know the new challenge won’t be too hard for them.
I know this news will serve as a motivation for other players to work hard.”

Coupon who won the best coach in Ekiti state at the Ekiti FA merit award last year believes that more talents will exported to various clubs from his side soonest.

“We are working hard here to see other players from the club progress to bigger places.”

We are set to deliver four FIFA Standard stadia in 2020...