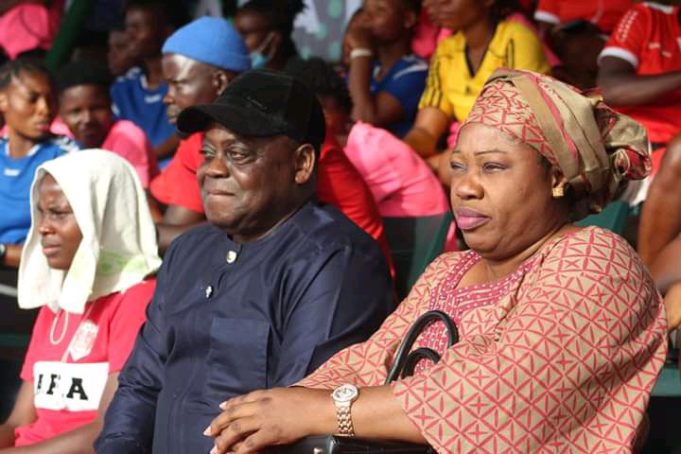 The Parents of late Flying Officer Tolulope Arotile, Nigeria first ever female helicopter combat pilot graced the semi-final match of the Flying Officers Cup, which was renamed in honour of her memory.

The late Flying Officer Tolulope Arotile contributed significantly to combat operations against insecurity on the northern states of Nigeria and was considered as a patriotic and fearless officer during her life time.

Mr and Mrs Akintunde Arotile were given a standing ovation as they made their way into the Guards Brigade Stadium, while Naija Ratels were battling with Nasarawa Amazons in one of the semifinal fixture on Saturday.

The couple’ will also join other dignitaries to attend the final of the Flying Officers Cup on sunday evening in Abuja where Nasarawa Amazons will face Bayelsa Queens in the final.

Ilechukwu Explains Why He Left Okada For Coaching