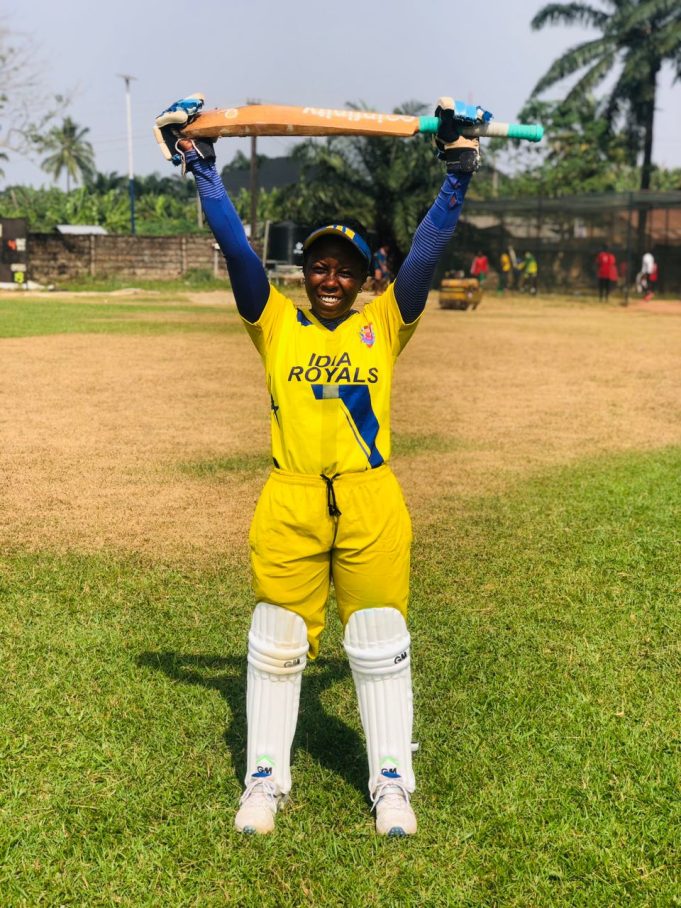 Assistant Captain of the Female National Cricket Team, Agatha Obulor gave a command performance at the opening match of the maiden edition of the Edo State Female Cricket League, at Edo Boys High School, in Benin City over the weekend.

Leading Idia Royals Cricket Club, she left no one in doubt of her quality from the first ball, as she knocked down 68 runs of the 149 that her team chalked for the loss of two wickets in the first inning of the 20 over game. The performance left their opponent, Ekpoma Supernova bewildered.

Obulor, retruned in the second inning, knocking five wickets off the Supernova’s hope for a chase of the 149 runs deficit. Her bowling clearly sets the tone for the total run of the Ekpoma’s team with ten balls to spare at 18.2.

Barrister Abraham Oviawe, the Vice Chairman of the Cricket League says that the scores on the board in the opening game of the league tells a story of growth and maturity.

“What we are seeing is a deeper level of commitment from the players which is clearly reflected in their performance here. A lot of younger players too have come to show what they are made of. In all, we are very optimistic at the broader implications of these performances.”

In the second match of the League, Adolor Amazons Cricket Club captained by George Ogechi outwitted Emotan Queen by 2 wickets. The amazons had chased down their 86 runs target in the 18th over having run the queens out for 85 in the first inning.

The U-17 Cricket Club who are the reigning champions of the male league continue to dominate as they lead with 33 points after six weeks of intense battle between the clubs each fighting for a spot in the Super Four.
With a surprise win from AAU Cricket Club against Dolphins last weekend, we can expect a fiercer battle for a spot in the top four when play resumes for week seven fixtures.