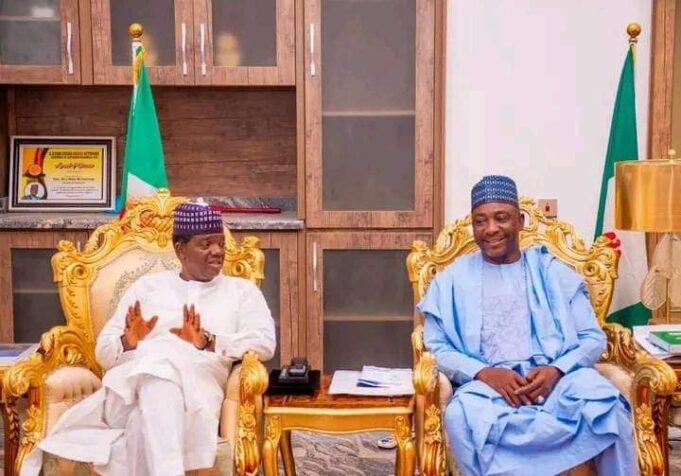 President of world football-ruling body, FIFA, Mr. Gianni Infantino has sent a message of congratulations to the new President of Nigeria Football Federation, Alhaji Ibrahim Musa Gusau and members of his new Board, following the Elective General Assembly of the NFF that took place in Benin City last Friday.

In a letter dated 5th October and personally signed by him, world’s football supremo wrote: “Please accept my warmest greetings and sincere congratulations for your recent election as President of the Nigeria Football Federation (NFF).

“Your knowledge and leadership, your passion and experience will undoubtedly have an important impact on the development of our beautiful game in Nigeria. Convinced of the potential of football in the country, you can count on my personal support and the help of FIFA to achieve this your goal. The doors of the Home of FIFA are always open if you wish to discuss our sport, its development and the promotion of its values.

“I also seize the opportunity to convey my felicitations to the Vice-Presidents and the Members of the Executive Committee elected with you and I wish you and your team good luck and success for all the challenges that lie ahead, in creating and witnessing a lasting legacy for the future of football in Nigeria…”

At the national level, he served two terms as Chairman of Chairmen of Nigeria Football under the administration of Amaju Melvin Pinnick, before his election last Friday as Nigeria Football’s supremo.

PHOTO: Gusau (right) with a new Member of the NFF Board, Rt. Hon. Margaret Icheen in Benin City on Friday.

Governor Okezie Ikpeazu of Abia State has described the election of Chief Felix Anyansi-Agwu as 1st Vice President of the Nigeria Football Federation as a “well-deserved recognition” of the latter’s years of dedication to the development of football, especially in Abia State through two-time CAF Champions League winners Enyimba FC.

Anyansi-Agwu, under whose chairmanship Enyimba FC have won dozens of trophies nationally and on the African continent, was on Friday elected 1st Vice President of NFF at the Elective General Assembly in Benin City. The self-effacing administrator had served three consecutive terms as Member of NFF Executive Board.

“On behalf of the good people of Abia State, I congratulate you and also want to assure you and the new NFF Board of our constant support. Nigerians are religious about football and everybody wants to see you succeed, so I wish you and the new Board the very best as you work towards returning Nigeria Football to where it belongs,” added Governor Ikpeazu.

In his response, Anyansi-Agwu said his emergence as Vice President is a great thing “not just for me, but for Abia State and the entire South East.”