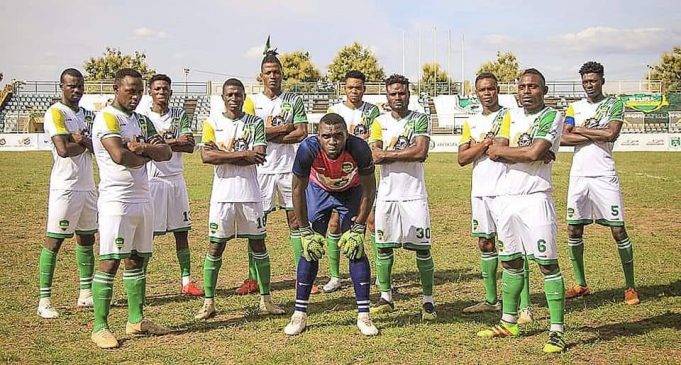 Nilayo won the match by one goal to nil after missing several chances courtesy of Kabir Popoola’s goal in the 82nd minutes after converting from the spot after a penalty kick after was awarded from an infringement on Nilayo player.

According to him,  “first and foremost I give God the glory, you know, for getting the three points, so it’s something good am happy. Well we went in the dressing room after the first half and I advised them, we talked, you understand, so we had to change the game plan and as you can see it resulted into the penalty.”

Meanwhile, Go round Coach Ngozi Elechi said, “We have played, and i commended my boys for the effort they put in, and it was a very good game.”

He added that,  “There’s nothing to blame the game on the officials, everybody must play is part, if the referee decided that all he need to do is to giveaway controversial penalty to anyone, it’s left for him, all my own is I  am a coach, I have done my part about my players so that’s all, am not thinking about the game, this one is our past.”