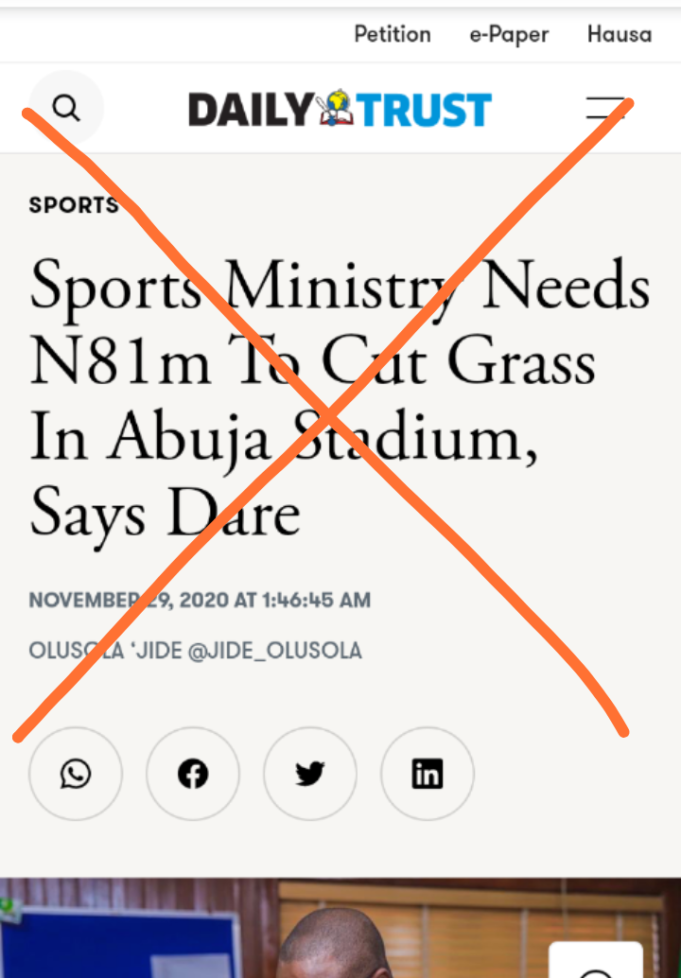 A report published by Daily Trust that the Minister of Youth and Sports Development, Sunday Dare said that the ministry will use N81m to cut the grass and clear the weed that have taken over the MKO Abiola National Stadium in Abuja.

According to officials of the company carrying out the refurbishment of the main-bowl of the stadium, the job is expected to be completed in 24 weeks.

Apart from the playing turf, a brand new scoreboard as well as the irrigation system of the complex are to be overhauled before the facility will be offered for use by the national teams

The sports minister debunked the news on his verified  twitter handle @SundayDareSD, “Spot the difference. This story is out of context. Misleading. A misrepresentation.The Ministry was given a bill. The Ministry did not accept. It will be detrimental to spend such an amount. And it can be better invested. That is what I said. This is not what they have reported” he tweeted

Also when NAIRASPORTS Contacted the Media Aide to the Minister, Kola Daniel he also disclosed that the story is misleading

According to him, “The story is misleading the minister never said that”.