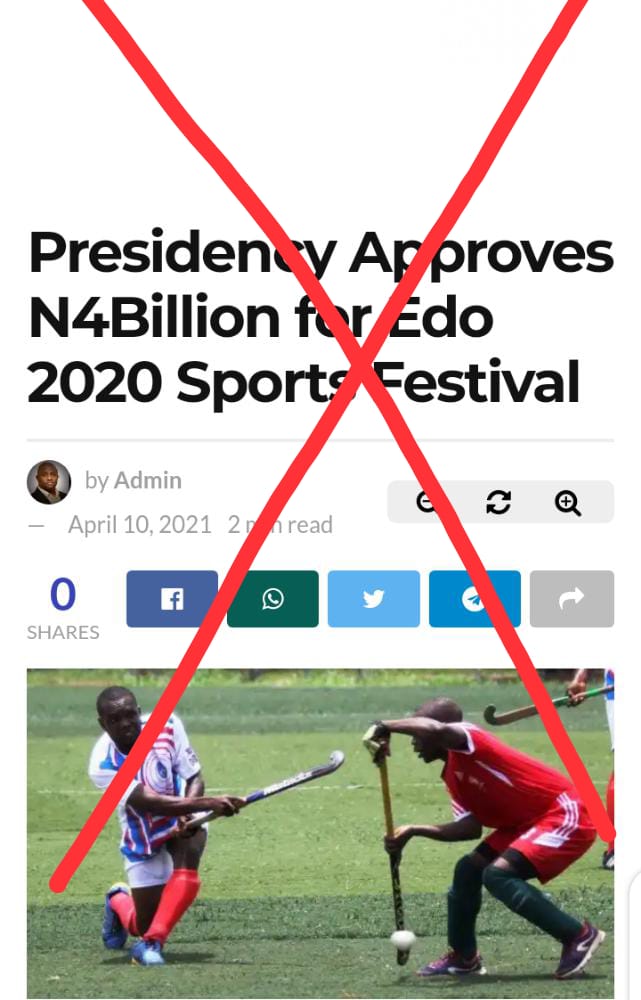 A blog posts making the rounds claims that The Presidency may have approved the sum of N4billion for the hosting of National Sports Festival in Edo.

The Presidency may have approved the sum of 4billion for the Smooth organization of the ongoing 20th National sports festival.

NAIRASPORTS confirmed from the cable that the President Buhari intervened with the sum of 500 million for the sports Festival to continue, Baba called from UK that they should release the money for the activities to continue here in Benin.

“Though, the deputy governor who is also the LOC chairman complained that the amount is a little too small to meet up all that will be needed for the festival to be completed without any glitches. “But he was told to accept the 500 million so as the festival will continue.”