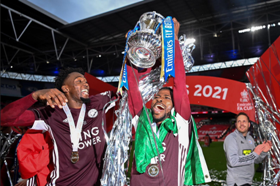 The president of the Nigeria Football Federation and FIFA Council Member, Mr Amaju Melvin Pinnick has said the English FA Cup victory by Super Eagles’ duo of Wilfred Ndidi and Kelechi Iheancho is a morale booster.

He said this in his message of congratulations to the players on their triumph with Leicester City over much -fancied Chelsea FC in Saturday’s FA Cup final in England.

Both players featured in the encounter at Wembley and at the end celebrated enthusiastically with a Nigeria flag as they joined a list of only seven other Nigerian players to have lifted England’s most glamorous diadem.

“I am very happy for both Ndidi and Iheanacho. They worked very hard for Leicester City throughout the campaign and themselves and the Club deserve the honour. I believe this triumph will serve as a major psychological boost for the two players ahead of our friendly games this summer and FIFA World Cup qualifiers starting in September.

“I am also very happy seeing the two players celebrating with the Nigerian flag at the end of it all. That was awesome.”

Ndidi and Iheanacho became only the second pair of Nigerians to have celebrated The FA Cup win in England, after Nwankwo Kanu and John Utaka triumphed with Portsmouth against Cardiff in 2008. 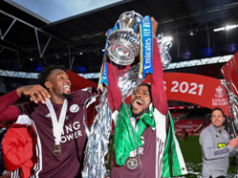 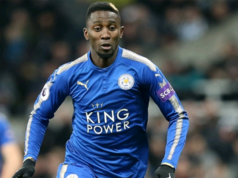 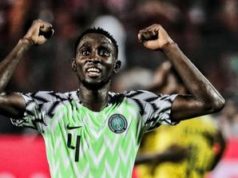