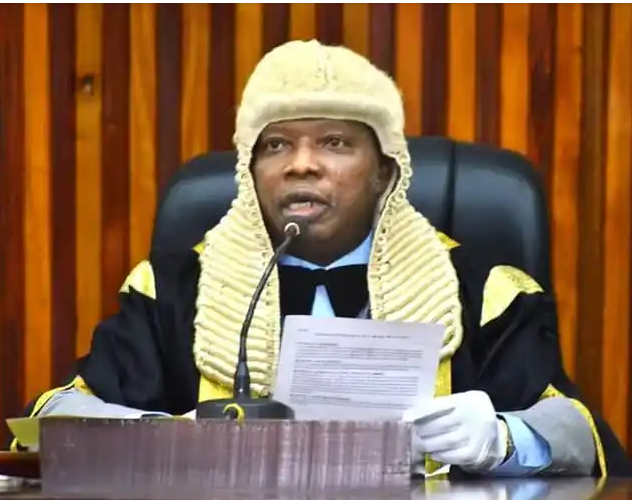 The Speaker, Ogun State House of Assembly, Hon. Kunle Oluomo and the Director of Ogun state sports council, Mrs Iyabo Rotimi has appealed to Private investors to invest in developing sports at the grassroots.

This call was made at the final of Egba Youth Football Championship on Sunday at the Muda Lawal stadium.

NAIRA SPORTS had earlier reported how the iconic stadium suffered negligence and maintenance and how the Ogun state government has taken swift response to rescue the stadium.

Surveyors defended the Egba Youth Football Championship, EYFC Cup after beating Comprehensive Academy 1-0, Bamidele Opeyemi’s second half strike was only what Surveyors needed to win the championship two times on a bounce.

Hon. Kunle Oluomo who was represented by member representing Abeokuta south constituency, Hon Yusuf Adejojo noted that it is pertinent for private investors to support the government in engaging the youth through sports, he added that the EYFC Cup is serving as a unifying sport tool in the state.

On her part, the Director of Ogun state sports council, Mrs Iyabo Rotimi disclosed that they will continue to give more support to grassroots sporting events.

She added that they will build on the success recorded at Edo 2020 to continue to develop sports in the state.

According to her, “We will give our support to events like this because the government can never do it alone, when it comes to holistic sports development especially in realising the objectives of taking sports to the grassroots.

” As times goes on, I won’t be surprised if some of the players spotted here by the ever vibrant football coaches , the state is blessed with go ahead to become stars later in the future. On our own part we will build on the moderate success recorded at Edo 2020, National sports festival by continue to develop sports in all ramifications while calling on government, kind hearted individuals and multinational organization to encourage us more” she said

Cash prizes, Medals and trophies were presented to deserving winners at the end of the event.

The brain behind the EYFC Cup, Mr. Olalekan Shoyinka popularly refered to as Ayinla Egba appreciated everyone for making the event a success while promising that subsequent editions will be bigger and better.

NFF assures of even greater investment in women’s football