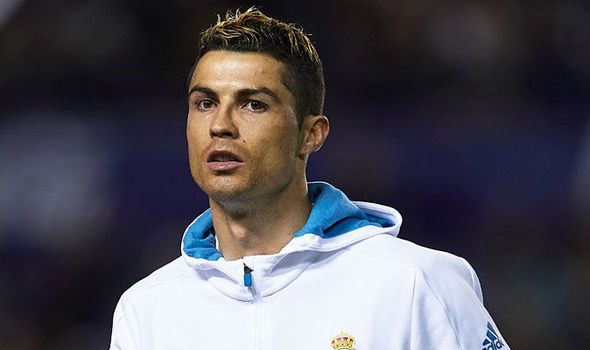 As the stakes mounted in the Champions League, the usual suspects once more rose to the occasion with Cristiano Ronaldo, Lionel Messi and Robert Lewandowski starring in the last 16, first legs.

A Ronaldo double propelled holders Real to a 3-1 advantage over PSG in Spain, while Messi grabbed a vital away goal for Barcelona in a 1-1 draw at Premier League champions Chelsea.

But it came as no surprise to Real Madrid coach Zinedine Zidane, who warned PSG repeatedly of the danger posed by Ronaldo in the weeks leading up to the encounter.

“Careful with Cristiano,” was Zidane’s refrain, and Ronaldo, the five-time world player of the year, didn’t disappoint as he increased his record Champions League goals haul to 116, 11 of which have come this season.

“Cristiano has shown once again in the big matches that you must still count on him,” Zidane said.

As for Messi, he further enhanced his untouchable legacy with a first goal in nine games against Chelsea. At 30, the five-time Ballon d’Or winner is also closing in on the 100-goal mark, presently two shy at 98 in Europe’s premier club competition.

Spanish media highlighted the parallels between Andres Iniesta’s stunning injury-time winner against the Blues in the 2009 semi-finals, the result of a Messi assist, and the Argentine’s goal on Tuesday that was created by the Spain star.

“They don’t miss. It’s a magical duo. It’s lasted more than a decade and (Tuesday) they conjured up a goal which could lead to their qualification,” Santi Nolla gushed in Catalan daily Mundo Deportivo.

Ahead of the return legs, which teams hold an advantage looking towards the quarter-finals?

By and large, it’s those with a history of success at this level: record 12-time champions Real Madrid, and a trio of five-time winners in Barca, Bayern and Liverpool.

Only Juventus, champions in 1985 and 1996, were caught out at home by Tottenham Hotspur (2-2). Manchester City, who are trying to break into the closed circle of European giants, won 4-0 winners at Basel.

Manchester United, who have won the Champions League three times but found themselves in the Europa League last year, emulated Tottenham with an away draw at Sevilla.

Nothing is settled in the tie featuring Shakhtar Donetsk and Roma (2-1).

Yet, PSG had two-time defending champions Real on the ropes. And Chelsea made Barca suffer for long periods, twice hitting the post through goal-scorer Willian, before gifting the Catalans an equaliser with a dreadful defensive lapse.

“To play football well is to dominate the situation, among other things. To put it more clearly: don’t commit stupidity,” wrote Alfredo Relano in Madrid sports daily As.

“There is something at the old and big European clubs that places them above the rest: they don’t give gifts, and if they are handed them, they take advantage of them,” he added. “It’s perhaps a pure coincidence, or perhaps the sangfroid of an expert.”

That notion was backed up this week by Bayern coach Jupp Heynckes, twice a Champions League winner, when he said: “I believe a good mix of experience and knowledge of football is key.”

Chelsea’s Eden Hazard, a standout during the group phase, was largely restricted by Barca as he was deployed in an unusual centre-forward role at the start of the first leg at Stamford Bridge.

PSG set a record for goals in the group stage led by Kylian Mbappe, Edinson Cavani and Neymar, but the vaunted attacking trio were subdued at the Bernabeu.

The expectations will be much higher for the return fixture, with the spotlight set to be firmly fixated on Neymar after the Brazilian was more spectacular than influential — the opposite of Ronaldo and Messi, who provided telling contributions. 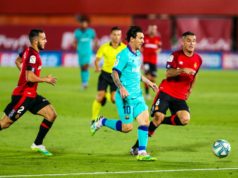