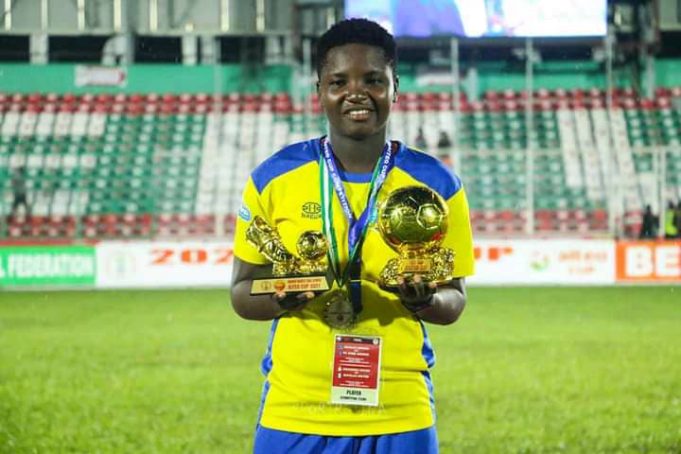 Bayelsa Queens forward Anjor Mary has said there is more to come from her team after their emphatic 4-2 victory over FC Robo Queens in Sunday’s Aiteo Cup Final at the Samuel Ogbemudia Stadium, Benin City.

Anjor Mary powered home an astonishing strike in the 11th minutes to finish the competition as the highest goalscorer with seven goals and the most valuable player.

“It a massive victory for us (Bayelsa Queens). We just want to enjoy this moment because we deserved to be Champions,” said Mary.

“Special thanks to our Governor, Sen. Duoye Diri for all his tremendous support through the competition.”

“Expect more from us next season because were not going to rest on this victory but we will keep fighting to write our names on t Nigeria women football history.”

Another history in table tennis as Oshonaike Qualifies for her Seventh...