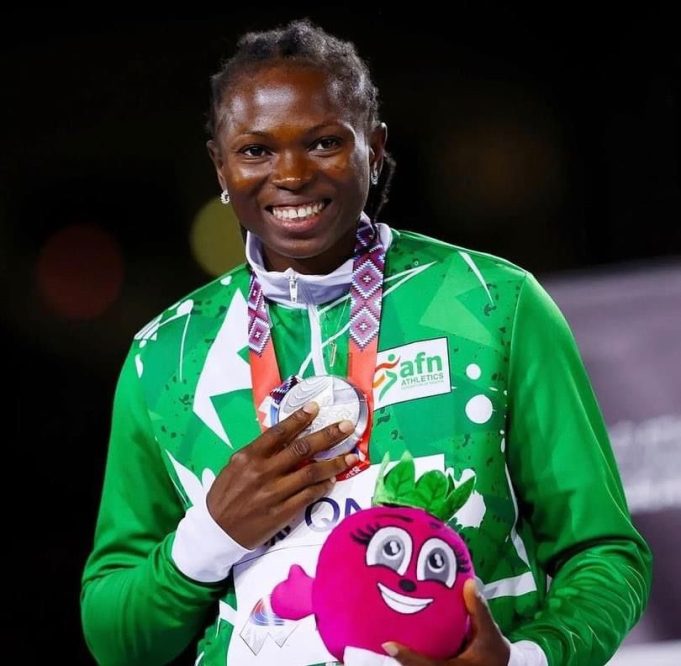 Nigeria’s Ese Brume has of last night won silver medal in the women’s long jump at the 2022 World Indoor Athletics Championships in Belgrade
with her Season’s Best jump.

Brume struggled at the start, but leaped 6.85m to come second in the event.

Ivana Španović of Serbia whom Brume was bronze ahead at the Olympic Games in Tokyo took the first position as she jumped 6.89m in the second series while British Lorraine Eugene placed third with a 6.82 jump in the third series.

She also joined an elite group of Nigerian athletes who won medals at both the indoors and outdoor World Athletic Championships and also an Olympic medal.

The other two athletes in this select group are the late Sunday Bada and 110m hurdler Glory Alozie.

Nigeria has now won 12 medals in the history of the Championships with two gold medals, seven silver medals and three bronze medals.