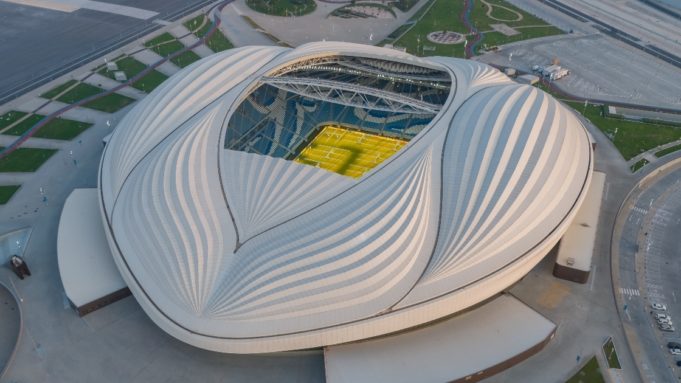 Hosts the FIFA World Cup FIFA Qatar 2022 ™ ️ eight stadiums were announced readiness of the three of them are the Khalifa International Stadium, Stadium South Stadium Education City, while continuing to work in the remaining five stadiums to announce their readiness before the start of the whistle tournament November 21 , 2022 enough time.

In this context, the Supreme Committee for Delivery and Legacy revealed in a report about the sustainability aspects of the World Cup stadiums, in terms of design, construction and legacy that the tournament will leave in Qatar and abroad.

In her statement about the new report, Director of Sustainability and Environment at the Supreme Committee for Delivery and Legacy, Engineer Bodour Al Mir, said that efforts to give the best world ever remains the core objectives.

“Sustainability has been, and remains at the core of our efforts to prepare for the World Cup since the announcement in 2010 that we had won the right to host the largest sporting event in the world.

“Our goal from the beginning was to ensure that the construction and development of the tournament infrastructure leave a positive legacy for our world, and set an example for the major tournaments in terms of sustainability and zero carbon footprint,” he said

For his part, Director of Sustainability and Diversity at FIFA, Federico Adici, emphasized that stadiums play a pivotal role in FIFA’s efforts to organize a sustainable and successful version of the World Cup

“By publishing this report, we clearly see the means of preparations for the FIFA World Cup Qatar 2022. In line with the guidelines of the bid to host the tournament, and the ongoing efforts to achieve this goal. The innovative approach taken by the Supreme Committee for Delivery and Legacy to develop and use environmentally friendly technologies will allow the tournament to leave a tangible legacy for the region and the world” he said

‘Experts’ to the fore as Ronaldo, Messi again rule in Europe