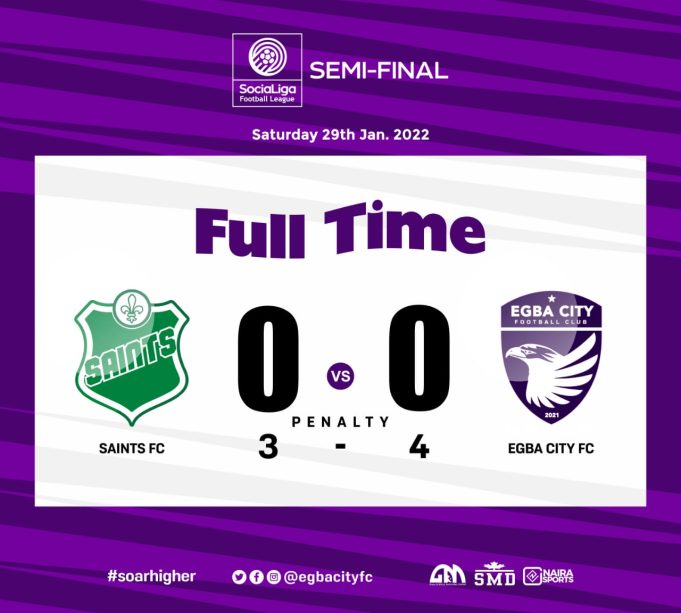 The City Hawks played a goalless draw at full time in the Semifinal playoff at the Nitel Pitch, Kappa, Oshodi, Lagos.

Egba City started the game on high note but missed several chances in the First half which could have given the Abeokuta based side the lead.

The Trio of Adebola Feranmi, Igbonekchwu Chinedu and Farounbi Aaron consistently gave the Saints defenders a run for their money.

Aaron had the first opportunity for the hawks in the 30th minute, but his attempt went wide.

The City Hawks continued a search for a goal, another opportunity came as Igbonekchwu Chinedu’s Shot went off target.

Saints had a chance towards the Early minutes of Second half, but Abiodun Balogun denied the defending champion a glorious opportunity.

Normal regulation time however in a Stalemate.