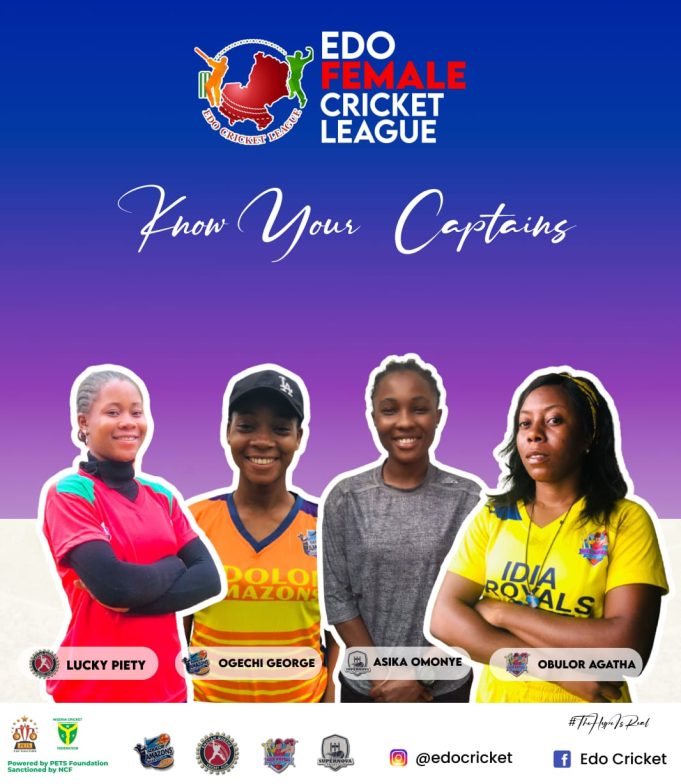 Cricket in the state takes on a new level setting an unparalleled standard as all is set for the kickoff of another edition of the Female league.

The league, which begins on Saturday 15th January 2022 at the Edo Boys High School Cricket Oval, will have 4 teams. They are:

It is worthy to note that Emotan Queens and Idia Royals were named after two prominent figures in the ancient city of Benin in order to promote it’s rich cultural heritage.

The league will span over the next five weeks will begin with a match between Ekpoma Supernova CC and Idia Royals CC on Saturday 15 while Emotan Queens CC takes on Adolor Amazons CC on Sunday 16 January 2022.

Edo state have dominated Female cricket over the years in the country and continues to take the lead as the first state to run a female league in Nigeria and West Africa.