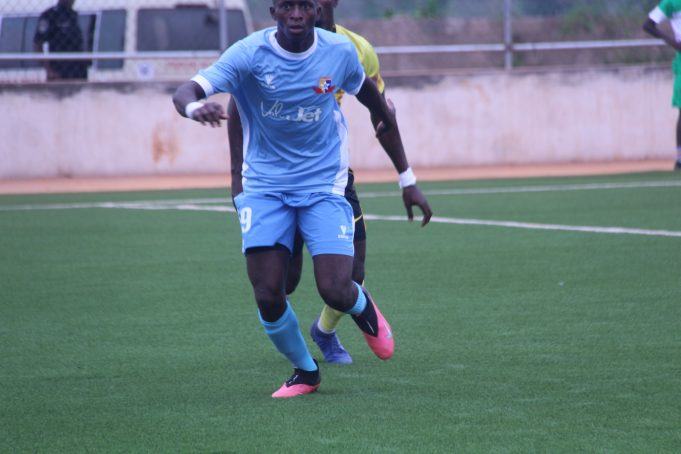 Remo Stars Striker, Yusuf Ibrahim got it in twos today as he marked his birthday and as well helped his club secure a ticket that will see him make an NPFL debut next season.

Ibrahim was of the youngsters paraded by Coach Daniel Ogunmodede who picked NPFL ticket for the club after three years in the  Nigeria National League, NNL.

Ibrahim was a product of Ikorodu based Academy, Ablaze Football Academy before he joined Remo Stars Youth Team.

Yusuf Ibrahim won several trophies with the Academy and was involved in over 100 goals during his time with Ablaze.

The younger forward has scored three goals and chalked up six assists for the sky blue star boys in the just concluded NNL.