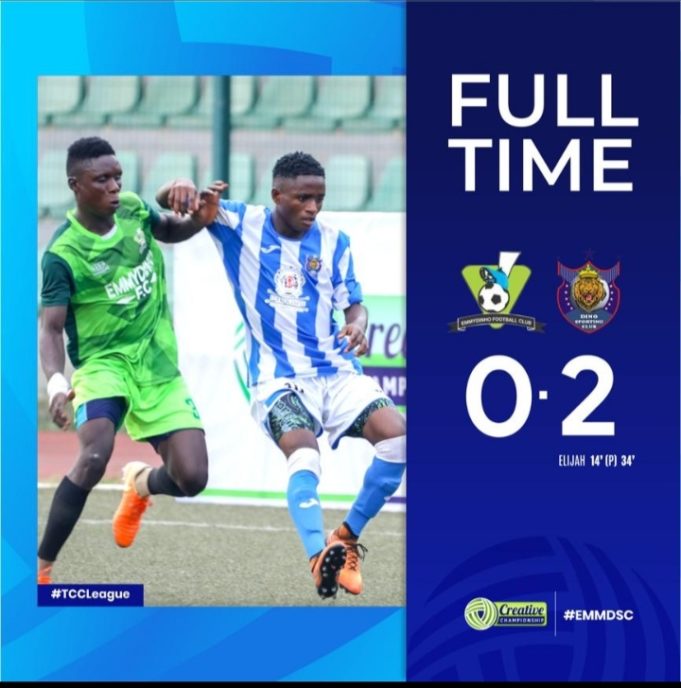 The game was played at the Soccer temple in Agege on Saturday and the Samuel Omamofe Columbus Boys were too hot to handle for their opponents.

Dino Sporting Club started the game on the front foot and they dominated the match from starting to finish as Elijah Adekunle scored both goals.

The talented forward opened the scoring from the penalty spot in the 14th minutes, before he added the second four minutes after an hour mark.

Both side failed to find the back of the net in the second forty-five minute and Dino Sporting Club held on to for first three points of the campaign.

Next for Dino Sporting Club, is home game against Gbagada Football Club of Lagos at the Otunba Dipo Dina stadium in Ijebu Ode on Thursday

Valuejet Para table tennis will be used to prepare players for Tokyo 2020, NTTF...