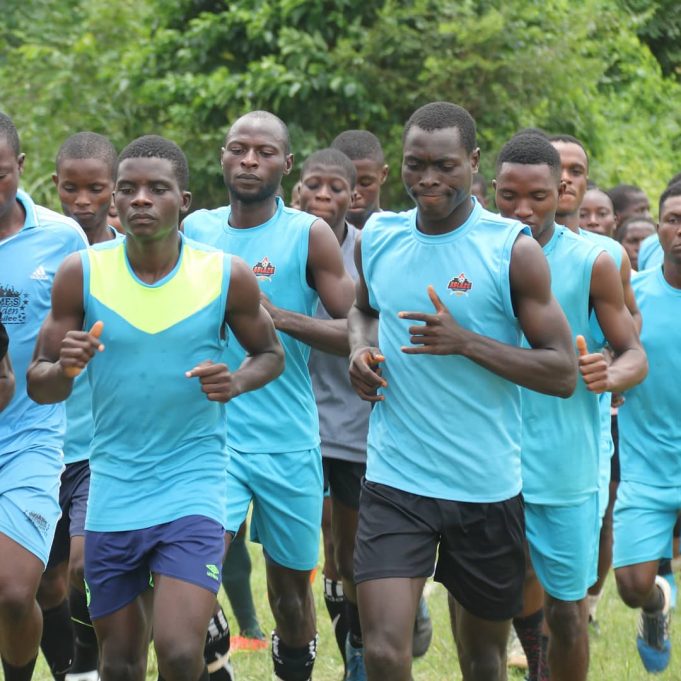 Getting the boys ready ahead of the CY Tournament the Blazers have been preparing quiet,having some friendlies and some extra training.

The lads have picked up quiet a number of knocks during those games which is giving Coach Fatoye a headache as how to get them back in shape.

Its been a tough one for him as the team begins to work on squad depth in other to help keep the guys competitive.

With a game at hand this weekend Coach Pele like the head coach is popularly called would have to work on bringing the best out of those available.

He been someone who likes challenges believe its his duty to get the boys ready and a challenge for him to know how to handle a team in injury crisis.

One of the top players injured is Ajani Waheed (pick up in training),Hassan Haddi (against Remo Stars) and are gradually getting back in shape ahead of the tournament by October.