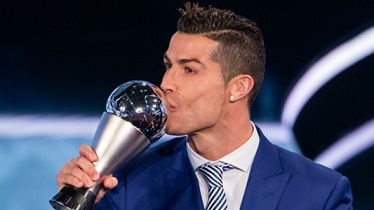 -it is worth noticing and wondering how Cristiano Ronaldo is terribly
out of form,especially in domestic league.

The man has finished last season in a red hot form and started this
season in fine form,against Barcelon,he was very sharp and
confident,he changed the game the moment he came on.

He was unluckily,harshly and undeservedly red carded and suspended for
number of games.this forced him to just train and watch the team
playing every week.

He waited till CL started and he started the Competition in good
form.but lack of consistent playing time affected him and his game
badly.

The second factor that affect Cristiano’s form is injuries and
rotation,yes,injuries and rotation played pivotal role in this
situation,he is forced to play with the bench players,and the most
noticeable thing is that the bench’s depth and strength is not on par
to the one of last season.

The team is not the same without Gareth
Bale,Marcelo,Benzema,Carvajal,the right flank is completely dead,from
the defence to attack,this also affects Modric’s game and forced him
to play deeper and more defensively a times to help Achraf and
Nacho,something that never happened when Carva is aroun.d

Isco and Asensio are blamed,but they are not to blame,they are doing
what the gaffer asked them to do.

Changes in Tactics have also influenced Ronaldo’s game this season,He
plays more centrally and lack the space to cut in and shoot as he used
to do.the counter attack is too slow,with isco and Modric holding the
ball too much in Midfield.

Overall,there are many things that’s caused this problem,from
injuries,rotations,tactical change and phycological problems of
Cristiano.

Only a single goal in league? It is really worrying.Zizou must stick
with the traditional 4-3-3,with Ronaldo-Benzema-Asensio as attackers
till bale returns or another winger is signed.
This will give Cris more freedom and space to do hos usual things.