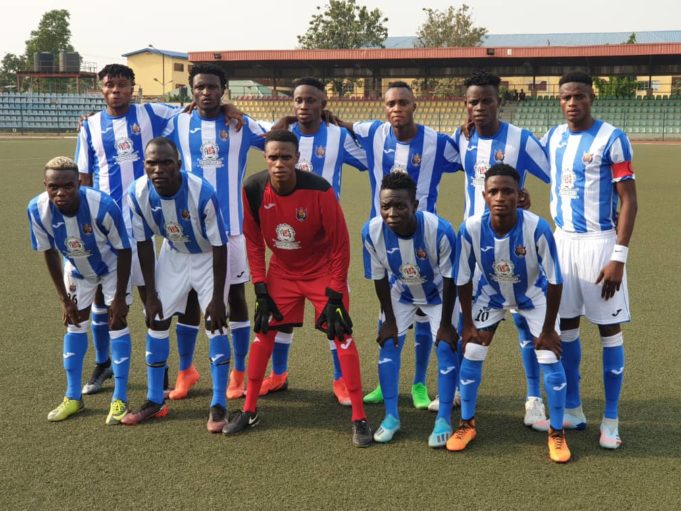 Dino Sporting Club played out a goalless draw against against visiting Gbagada Football club in their second game of this season’s Creative league championship.

The match was played at the Otunba Dipo Dina stadium in Ijebu ode on Sunday and Dino went into the game at the back of their 2 – 0 away win over Emmydinho football club of Lagos.

Dino started like house on fire against visiting Gbagada FC, dominated, created numerous scoring opportunities, but they were let down by poor finishing in front of goal.

Elijah Adekunle who scored a brace in the previous game against Emmydinho, had the first real opportunity of the match, but he failed to hit the with his effort.

Another chance fell to Ezekiel Ahamefula and again the exciting youngster failed convert the opportunity from close range.

The team continued to search for the all important breakthrough in the second half, again, the bench watched in agony as Fabrice Konin and Hyacinth Ogonna wasted the golden opportunities in quick succession.

The club searched in vain for the opener, but Gbagada FC defended well for later part of the game to deny them more sight at goal.

The club however will be hoping to find their potency in front of goal when they take on Iganmu Football Club in next match.