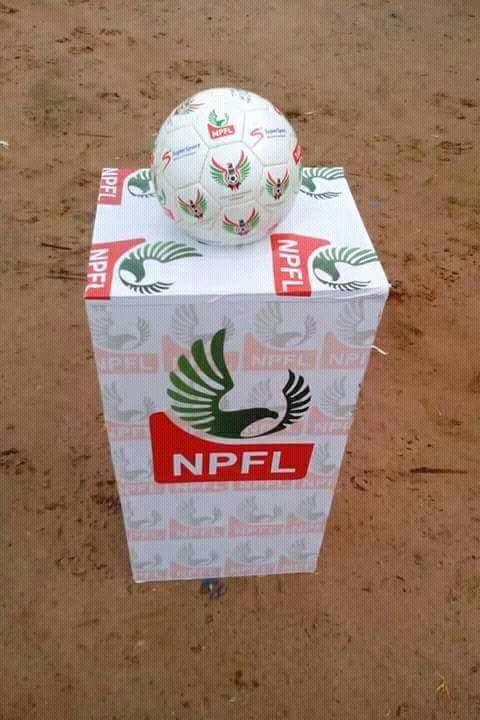 Following the series of changes occurring in the announced date for the resumption of the Nigeria professional football league, various football supporters across the country have began to express their disappointment as to the recent changes and are in state of doubt as to the possibility of the league returning anytime soon.

It would be recalled that the Nigeria professional football league (NPFL) was suspended in march this year due to the outbreak of the covid-19 pandemic, in other to reduce the spread of the virus.

NAIRASPOTS had earlier reported that the federal government had earlier put a ban on all activities in the country in other to follow all the safety precautions as regard the outbreak of the virus , following this development the 2019-20 season was suspended after match day 25 with the expectation to resume back after four weeks of the suspension, however due to the increase in number of cases of the virus the 2019-20 NPFL was cancelled in August after it had been officially suspended in march .

However, following the lifting of ban by the federal government on all activities in the country , the League Management Company (LMC) submitted a proposal to the Nigeria football federation (NFF) suggesting that the NPFL should resume back anytime from Sunday November 15,2020. With the endorsement of this proposal by the NFF hope was restored as to the resumption of the league this year. With the development, various football supporters, clubs were seen making necessary preparation to welcome the new season which was endorsed to commence anytime form November 15 upward.

Following this agreement between the LMC and the NFF , the league management company released the fixtures for the 2020-21 season with Dec 6 set to be the commencement date.

According to Harry he said that the LMC did not make any announcement indicating Sunday December 6, as the date for the resumption of the 2020-21 NPFL season despite fixtures of the matches indicating Sunday December 6, as the commencement date. He said it was only a proposed date with no official press release from the LMC to validate the proposed date.

He further explained that the date which announced December 6, was as a result of the discussion between the LMC and the NPFL clubs which got leaked to the media and which was not official. He further stated that an official statement will be made known through the right channel soon.

With all these been said and with no official statement being made yet as to the resumption of the league by the LMC, there are high speculations by concerned fans as to the possibility of the league resuming back this year.

After 10 Months, Volleyball returns in Ogun with Friendly match to Prepare for New...