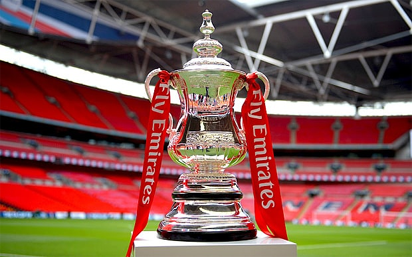 Antonio Conte has said that the FA Cup is not an important quest for Chelsea this season.

The ex-Juventus explained that the Blues quarter final match against Leicester City is not his priority for now.

Conte said: “For sure we have to win this competition. But it’s not important.

“A lot of times we compare, good season, bad season, if you win something. But you have to know what our level is now.”

Speculation over the Italian’s future continues to grow as Chelsea are currently fifth in the league, but he believes the job he is doing is of the highest standard.

“I’m very satisfied with my job and the work we’re doing. Me, the staff, my players, we’re doing a fantastic job.

“Then, if you are able to win something, it’s good. But you have to understand —what is your level in this moment?

“Last season every player performed 120 per cent, maybe 130%. Also, we lost a lot of players who created a basis for Chelsea for a long time.

“This season has confirmed one thing: that last season we did an incredible achievement.

“Now we are trying to build a basis, fundamentals for this club. For this reason, we have a lot of young players, a lack of experience when you play against teams like Barcelona,” he said.

According to Conte the answer to the club’s problems is to invest in top quality players in the summer, a topic that has caused a rift between him and the board.

“If you want to improve, you have to buy great players.

“I can give my opinion to the club, then the club has to decide how much money to invest. I have to stay in my place,” he argued.

Chelsea last triumph in the FA Cup was 2012, when they beat Liverpool 2-1 in the final.

The Italian finds himself under pressure at Stamford Bridge after a difficult second campaign with the club.

The Stamford Bridge outfit have surrendered their Premier League title to Manchester City, and face a fight just to finish in the top four.

Chelsea were dumped out of the Champions League round of 16 by Barcelona with a 5-1 aggregate scoreline following a brilliant display from Lionel Messi.