Whether or not the Premier League should implement a winter break has long been a source of debate in this country, and Antonio Conte has offered his opinion on the subject as our busy schedule continues.

Since the international break at the beginning of September, every possible midweek has been filled for Conte and his players because of our return to European competition, and our continued involvement in the Carabao Cup. Next summer’s World Cup has also meant there has been an extra round of midweek Premier League games.

Conte has explained he is not averse to football at this time of year, but some sort of rest is required if players are able to perform to their best in the spring. A winter break is something he was accustomed to as a player and manager in Italy.

‘It’s right to play during the Christmas period, but after it you must have a break,’ Conte said.

‘It’s not simple. The players and the coaches are very tired, because this busy period starts in November, not December. From November until the end of January, you play every three days, especially if you go through in all the competitions.

‘The players need a bit of time to recover, one week, and then to restart. That would be right. You have to try to put every team in the best condition to be competitive in every competition.

‘In February the Champions League restarts, and you arrive there very tired when you play a lot of games without even a week to rest and to breathe a bit.

‘It would be good to reflect on this situation, and try to find a new solution to help the players, and also to protect them from injuries.’

Conte provided extra detail on the work that goes on behind the scenes between games, and why it is not just the 90 minutes on matchday that takes its toll.

‘The manager needs a bit of rest, especially when you play 25 games in two-and-a-half months. I am talking about all the players and all the coaches, not only me.

‘To prepare for a game every three days you spend a lot of energy: preparing analysis videos, preparing tactical work, preparing your team to play in a different system with different opponents. This is not simple.

‘If you only played, you wouldn’t have great difficulties. But when there is work behind a game, to prepare for it, you have to work very hard, me, and especially my staff.’ 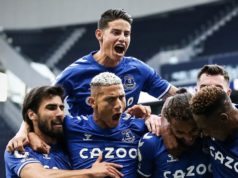 Our target is to create opportunities for female footballers in Kwara State- Chief Mrs....