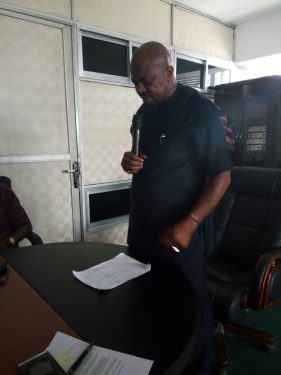 Last year, a stakeholders meeting was held in Port Harcourt which involved athletes, coaches, administrators, and journalists to provide a lasting solution to neglect on sports development.

Hon Iyaye explained that the proposed committees have been set up as aresult of the stakeholders meeting held last year. He however charged members of both committees to perform their various responsibilities and ensure the events are sustainable.

“These two committees were set up as a result of the last stakeholders meeting inorder to develop sports at the grassroots and create awareness at different levels. We have selected carefully in-house members from the sports council, stadium authority and other parastatals in the sports ministry.You are mandated to work out modalities on how these major events will take place like funding, organisation etc.”

Hon Iyaye revealed that it was long overdue to host another sports festival after it last held in 2008.

” We should try and provide and enabling structure that will carry it forward annually. It doesn’t matter who is in charge of the sports council, sports commissioner and permanent secretary of the sports ministry. It was an annual event till we last held it 10 years ago which is not supposed to be so for a State like Rivers State.

Hon. Iyaye admitted Sports can be used to curb criminality and youth restiveness in the State.

In response, chairman of the Proposed 9th Rivers State Sports Festival Committee, Pastor J. D Enebeli who doubles as the Permanent Secretary of the Rivers State Ministry of Sports assured the Commissioner they will do their best to deliver the mandate given to them.

On his part, Chairman of the Proposed Quarterly Championships Committee and the Director of Sports, Sports Council, Nathaniel B. Piaro added that the privilege given to them will be well utilised by members of his committee. 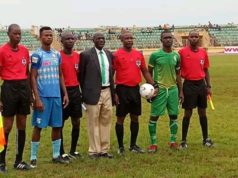 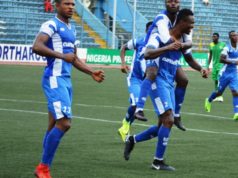 Russia 2018: I am Scared of Argentina and Iceland- Rohr