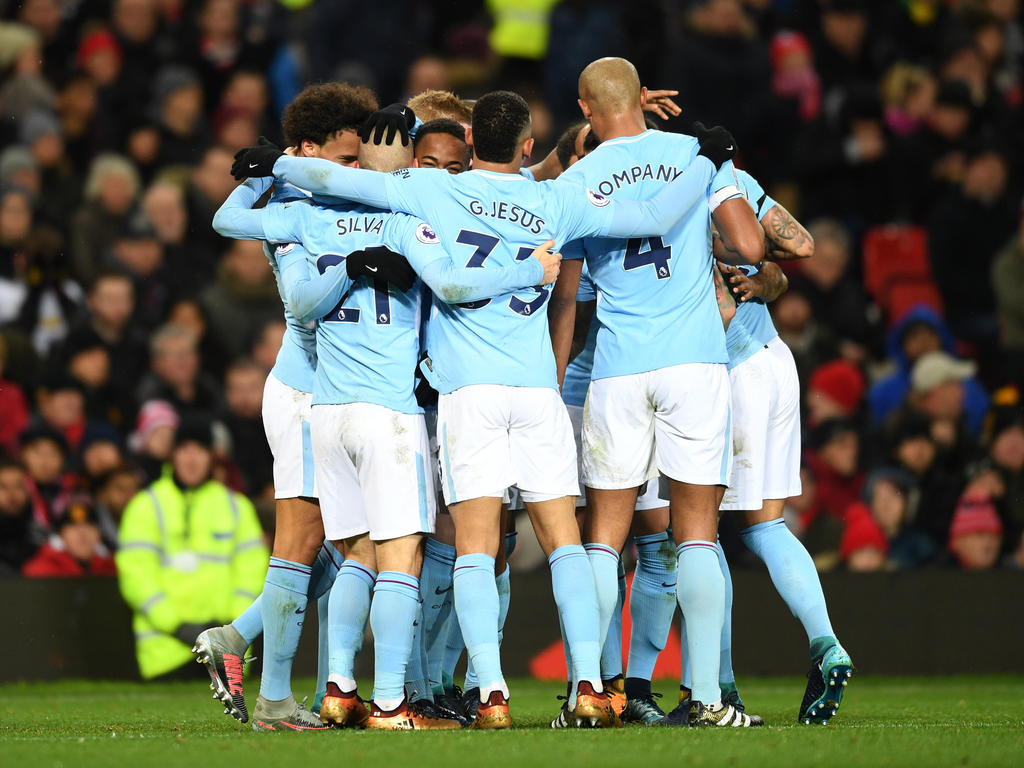 Jose Mourinho admitted the Premier League title race is all but over after Manchester City delivered a hammer blow to Manchester United’s challenge with a 2-1 win on Sunday.

United boss Mourinho felt Pep Guardiola’s side rode their luck at Old Trafford, with Ander Herrera booked for diving after a tackle by Otamendi that the hosts claimed was worthy of a penalty.

But he conceded his old rival Guardiola is highly likely to lead City to the title.

Asked if the race was over, Mourinho said: “Probably, yes.

“I’m pretty sure everyone is going to fight for points and try and reduce the distance, but the advantage is a very good one.

“Manchester City are a very good team and they are protected by the luck, and the gods of football are behind them.

“They are lucky, they have decisions in their favour.”

Mourinho was furious with referee Michael Oliver’s decision not to award a penalty for the Otamendi challenge on Herrera.

“My first reaction is I feel sorry for Michael Oliver because he had a very good match but unfortunately he made an important mistake,” he said.

“The result was made with a big penalty not given. That would have been 2-2 with 20 minutes to go. It was a crucial mistake.”

Mourinho was equally unhappy with the sloppy United defending that gifted City their goals.

“They scored two goals which were quite unbelievable to concede. Two bad goals,” he said.

“We did enough to win the game? It depends on your perspective. They had more of the ball and apparently more control because they kept the ball more than us.”