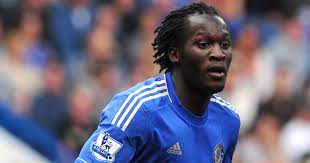 Chelsea have agreed in principle a club-record deal worth £97.5m (€115m) to re-sign striker Romelu Lukaku from Inter Milan.
The paperwork is now with club lawyers and once that is formalised, Lukaku will undergo a medical and sign a five-year contract.
Inter have previously rejected two offers from Chelsea for the Belgium international, the second of which was worth £85m (€100m) plus left-back Marcos Alonso.
Lukaku, 28, left Chelsea in 2014 after making just 15 appearances there following his arrival at Stamford Bridge from Anderlecht in 2011.
One of the most prolific strikers in Europe, Lukaku scored 87 goals in 166 games for Everton between 2014 and 2017 and found the net 42 times in 96 appearances during his two years at Manchester United before signing for Inter in 2019.

He scored 24 goals in Serie A last season, helping Inter to their first Scudetto in 11 years as the club put an end to Juventus’ nine-year reign as Italian top-flight champions.
Inter must decrease their wage bill this summer and title-winning manager Antonio Conte left the club in May amid concerns about plans to reduce his budget.
Chelsea are eager to sign a world-class centre-forward during the transfer window and Erling Haaland of Borussia Dortmund is another target the Blues have been interested in.
Skysports