The Boston Celtics stayed hot as they extended their winning streak with a 110-107 victory against the Atlanta Hawks, while the Golden State Warriors downed the Miami Heat. Kyrie Irving scored 35 points as the Celtics made it nine consecutive wins in the NBA on Monday.

Boston (9-2) are on their longest winning streak in seven years and they own the best record in the league.

Irving also hit a clutch three-pointer with 1:37 remaining to give Boston a 104-103 lead, one they would not relinquish as Atlanta dropped to a 2-9 win-loss record. Celtics big man Al Horford enjoyed his return to Atlanta, finishing an assist shy of a triple-double. He tallied 15 points, 10 rebounds and nine assists in the win. 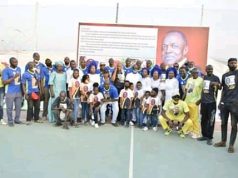 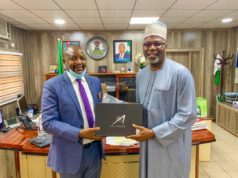 Nigeria/Brazil Clash: We’re Not Worried About Abraham’s Decision To Play For England – Super...