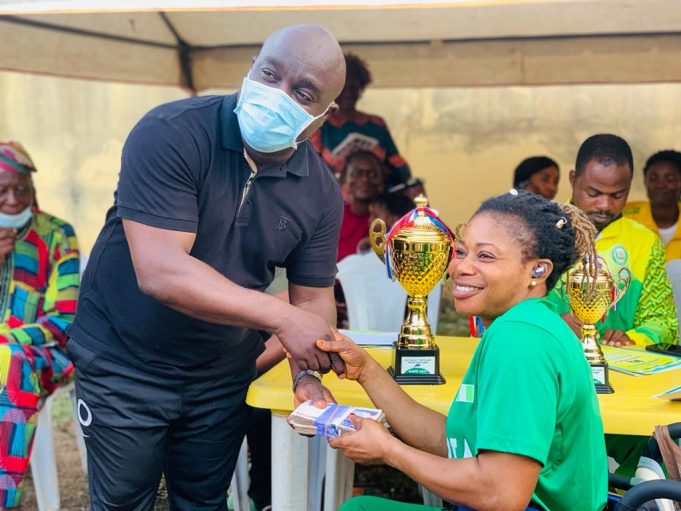 Former Commissioner for youth and sports in Ogun State, Hon. Bukola Olopade has hailed the governor of the State, Prince Dr. Dapo Abiodun for providing an enabling environment for sports to thrive.

Hon. Olopade showered praises on the governor during the grand finale of the 2021 Gateway tertiary institutions games (GATIG), held at the Alake Sports Centre, Ijeja, put together by the ministry of youth and sports, headed by the commissioner, Dr. Kehinde Oluwadare.

The sports entrepreneur who was the custodian of sports in the Gateway state when GATIG was introduced, noted that the Governor Dapo Abiodun led administration has laid a legacy which is capable of taking sports in Ogun State to an enviable height.

He said “GATIG is the most important and most significant sporting event that Ogun State can be proud of, I want to thank the governor of Ogun State who has mandated the Hon. Commissioner to take up this responsibility to ensure that there is a reactivation of the Gateway Tertiary Institution Games”.

“When we introduced GATIG, it was responsible for the success achieved by Ogun state, it took us from 19th position to third in the National Sports festival, and then 2nd in Kaduna in 2009, with Prince Tunji Onatolu and his team doing a great job back then”

“The governor has shown that he is willing to give priority attention to the sports sector and thankfully, the Hon. Commissioner is also working round the clock to ensure that the dream of so many school boys and girls is achieved”

He expressed confidence that some of the students that took part in the just concluded GATIG will represent and do Ogun state proud at the 2022 National Sports Festival in Delta State.

Meanwhile, as part of his undying love and support for the development of sports in the Gateway state, Hon. Olopade presented a cash gift of One Hundred Thousand Naira to the Basketball finalists, Olabisi Onabanjo University Basketball team and their Tai Solarin University of Education Counterpart.