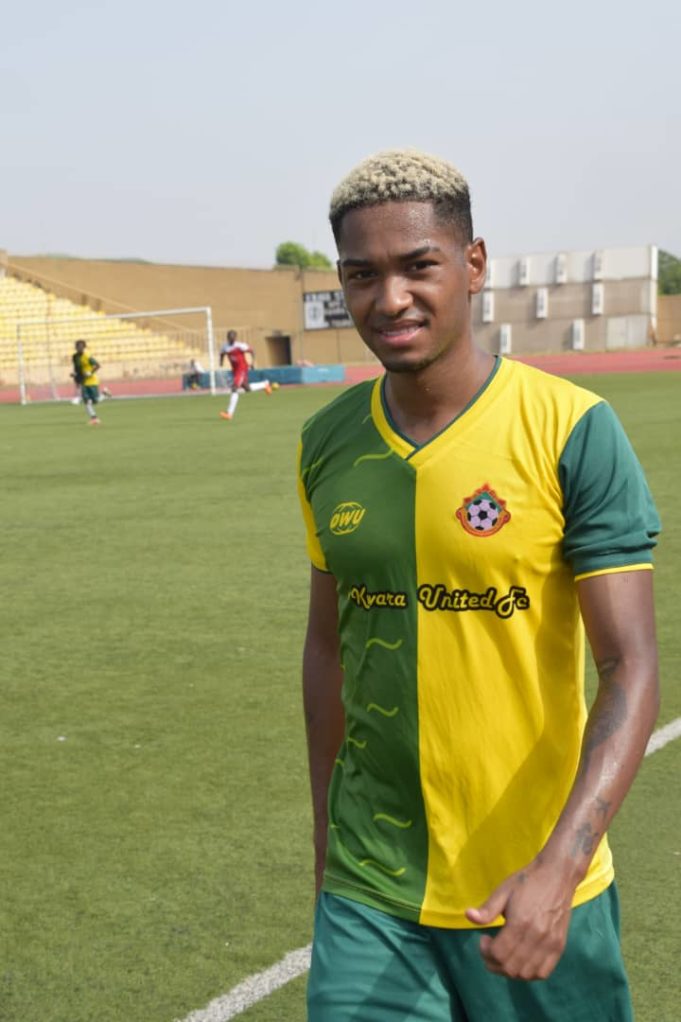 Lucas joined kwara united during NPFL Transfer window as a boost to coach Abdullahi Biffo side.

NIARASPORTS reports that 2019/2020 NPFL season was suspended on match day 25 as part of measures to curb COVID 19.

Also, the Nigeria Football Federation has approved that the league can kick off on November 15th.

In preparation for the new season, Kwara United defeated Manchester FC, Ilorin 3-0 in their first friendly match as teams resume action across the country.

Lucas recorded his first goal in Nigeria after hitting the net with a solo while Stephen Anyanwu and Micheal Ohanu also recorded find the back of the net for the harmony boys.

Reacting on Lucas performance, Kwara United Head coach, Abdullahi Biffo disclosed that he is a great quality and will be given some time to adapt.

According to him, “He is a significant addition to our team (and) not only because is a foreigner or a good player, and you know that doesn’t play the game alone , you need to give him time to adapt to the environment and the people. He is just coming from his comfort zone but if you give him time to adapt very well, I think we are going to see the quality from him”.

Liverpool release statement after fans attacked ahead of Roma clash