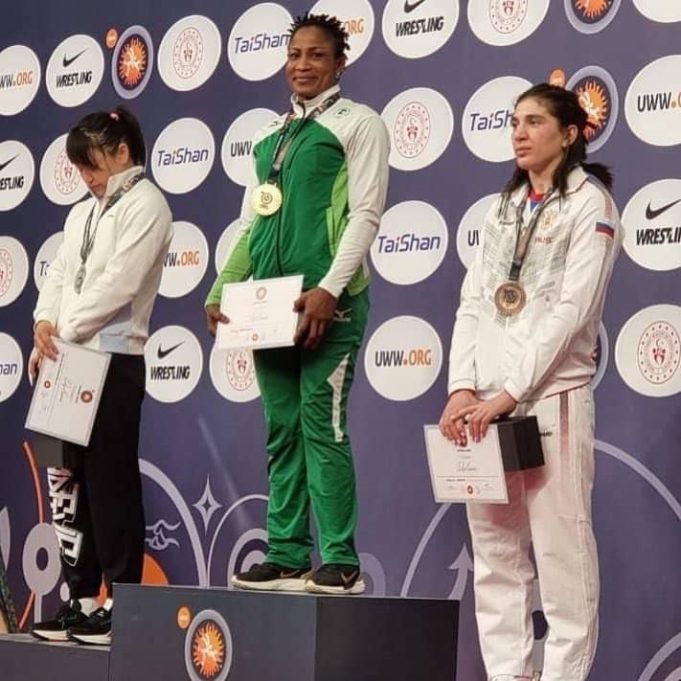 The Olympic silver medalist Oborududu defeated Meerim Zhumanazarova of Kazakhstan by 3-2 to be crowned Champion in the Women’s 68KG on Friday.

It was her first Ranking Series gold after two silver and a bronze-medal finish in the previous edition.

Speaking after claiming the gold medal, Oborodudu said: “I wrestled her in the quarterfinals in Tokyo, but here, I knew it would be tougher. I had to keep myself from attacking too much. My coach told me to move before attacking. I can say it was easy.

“I was calculating a lot in my mind. I knew if she scored, then she would get two points. So I needed it to be 3-2.

“She was a bit better in Tokyo than here because everyone prepares better for the Olympics. I needed to be careful to get gold. In Tokyo, I attacked to get two points and then one passivity to win, 3-2. That was difficult.

“I am so excited. Now I have African Championships in May and then the Commonwealth Games. I want to win a world medal in September.”