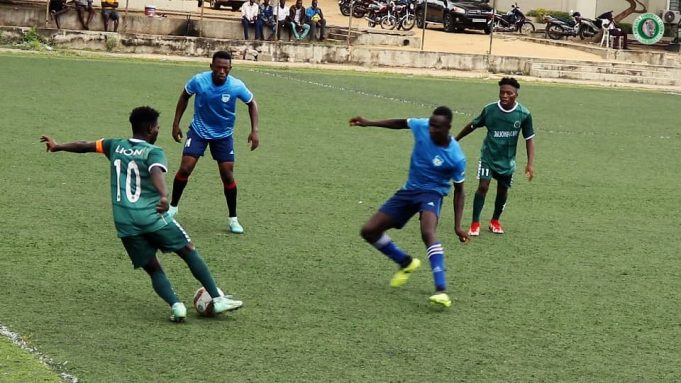 36 Lion defeated Djeffa Football Club 1-0 in a friendly on Tuesday morning as they continued their Tour of Benin Republic.

The ambitious Academy boys finally won their first match in four attempts. They lost one and drew two before today’s game.

At the end of a very good exercise, the Lions recorded a 1-0 win over their opponent that is expected to boost the confidence of the team before a tantalising battle with Coton Sports.

The boys from Lagos created chances as usual but weren’t clinical in the first half.

Former Nigeria youth international Azeez Oseni scored the only goal of the match in the 62nd minute after he was hacked in the box.

On Wednesday, 36 Lion are expected to continue the tour with a tough duel against Coton Sports in Ouidah.

I Will Never Criticize His Approach – Blazers Manager On Januario...