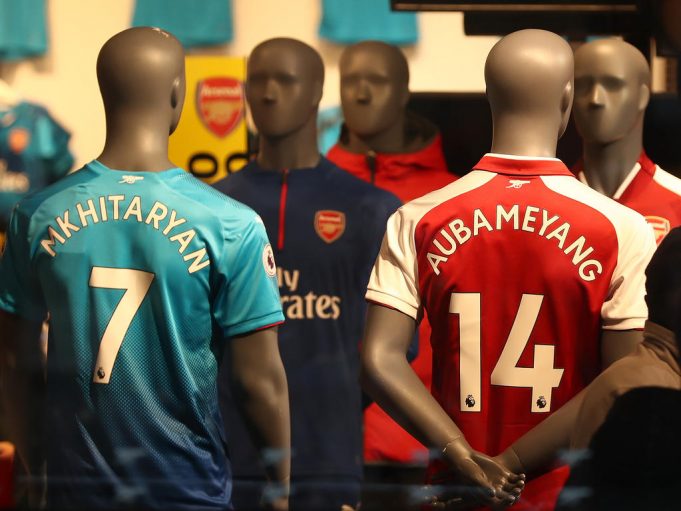 Henrikh Mkhitaryan is living a dream at Arsenal after being reunited with close friend and “the best team-mate” he’s shared a dressing room with in Pierre-Emerick Aubameyang.

Mkhitaryan bagged three assists on his home debut — including the pass to tee up Aubameyang for his first Arsenal goal — as the Gunners thrashed Everton 5-1 last weekend to breath a fresh air of optimism into an often frustrated Emirates crowd.

Aubameyang and Mkhitaryan formed a lethal partnership in three years together at Borussia Dortmund before the Armenian left for an unhappy 18-month spell at Manchester United.

However, the arrival of another former Dortmund connection in Arsenal’s new head of recruitment Sven Mislintat helped bring the pair together again as Alexis Sanchez’s move to United saw Mkhitaryan head in the other direction, whilst Arsenal splashed a club record £56 million ($78 million) on Aubameyang on the final day of the January transfer window.

“I think it could only be in a dream that we could join another club other than Dortmund but I am very happy for that,” said Mkhitaryan.

“I have known him very well, he is one of my best friends and the best team-mate I have ever had. I am very happy to have him here and I think all the fans are happy to see him in an Arsenal shirt.

“What can I say? I love playing with him. I can understand him from one step and hopefully for the next games we are going to achieve more.”

Arsene Wenger needs his newly-formed front line, including Mesut Ozil, to continue to shine if Arsenal are to maintain hopes of a top-four finish when they face local rivals Tottenham Hotspur in the North London derby on Saturday (1230 GMT).

Sixth-placed Arsenal sit five points off the Champions League places, but Mkhitaryan insists the club’s ambitions must be to win trophies.

“First of all we have to win lots of games. Secondly, we have to think that we have to win titles because at the end of your football career only the titles mean something,” he added.

“I think if you play football, it doesn’t matter for which club, you have to achieve the maximum and you have to win titles because if you are playing just to play football it is better to stop playing it.”

United manager Jose Mourinho’s lack of trust in Mkhitaryan has been blamed for the latter’s failure to make a lasting impression at Old Trafford, but he insisted he has nothing to prove in the Premier League.

“I don’t want to find excuses,” he said.

“I don’t want to blame anyone… I am starting a new chapter in my life, in my football career and I am very happy to be here.

“I will be pleased to achieve more than I have done in Manchester, of course. I don’t have anything to prove to anyone.”

Super signing of the summer