Arsenal have made a surprise move for former
Tottenham Hotspur attacker Gareth Bale,
according to a report in the Spanish press Friday.
The Welshman departed White Hart Lane for Real
Madrid in 2013 for what was then a world-record
transfer fee, but is now thought to be surplus to
requirements at the Bernabeu and could be
allowed to depart in the near future.
Manchester United have long been linked with
Bale and are said to be leading the race for his
signature, but a report in Don Balon today
suggests that the Gunners have made a move
and that Bale is “considering it”.
The 28-year-old is said to be “concerned about
the rift caused by joining his former side’s great
rivals but is also keen to return to London” after
growing unhappy with life in the Spanish capital.
Spurs are believed to have a clause in their
contract for the sale of Bale that will allow them
to match any offer for the player from a Premier
League rival.
Bale has made over 105 appearances for Madrid
since joining the side in 2013 with 56 goals to his
credit. At the National level Bale who played for
Wales U-17, 19 and 21 before moving on to the
senior national team in 2006, has been a regular
with 68 caps and 26 goals. The thinking at the
Emirates is that his addition will add to the strike
force up front and ultimately improve Gunners
performance.
Arsenal secured top spot in Europa League
Group H on Thursday despite slumping to a 1-0
defeat at Cologne.
Wenger made 11 changes to the team that beat
Tottenham Hotspur in last weekend’s north
London derby, with starts handed to Olivier
Giroud, Jack Wilshere and Danny Welbeck.
But the Gunners succumbed to a 62nd-minute
penalty from Sehrou Guirassy after the French
striker tumbled to ground inside the area under a
challenge from Mathieu Debuchy. 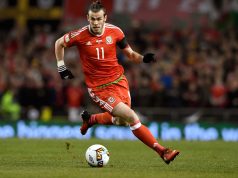 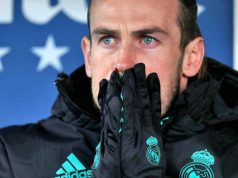