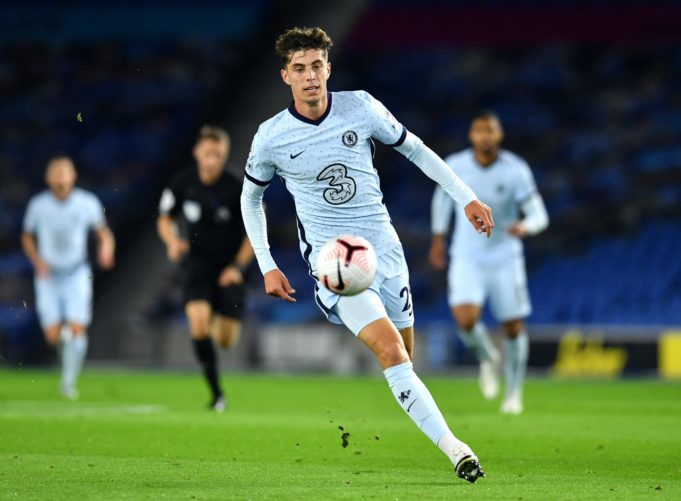 After the Drama in Match day one of the English Premier League as some teams started on brighter note while some are still on the pace to get first win, OMONIYI JEREMIAH Highlighted some facts from week One.

Expectations of fans became reality when the Arsenal took newly promoted side Fulham at the Craven cottage, The gunners new signings Willian and Gabriel Magalhaes proved there worth as the Brazilians were involved in the 3-0 victory over Fulham. The Gunners who are FA cup champions last season showed their worth as they massacred less privileged Fulham. The match makes Mikel Arteta’s side a team to watch out for in the league.

On the Other hand Liverpool struggled to defeat Leeds united at Anfied in a mouthwatering Seven goals encounter, Mohammed Salah’s last minute goal saved the defending champion from the ridicule they would have suffered from newly promoted side due to there negligence at the defence line.

Mohammed Salah became the first player to scored an hattrick in the league this season for Jurgen Klopp’s side. However, it was a tough war between Liverpool and Leeds as both teams fought relentlessly for the maximum point but unfortunately Liverpool overpowered the new invitees in the league 4-3 to prove there experience and versatility.

Chelsea kicked off their Premier League campaign with a 3-1 win at Brighton on as Timo Werner made a confident debut following Frank Lampard’s spending spree.

Blues boss Lampard has spent around £200 million ($257 million) on a host of new signings and the early returns on his lavish investment were promising.

Germany striker Werner, a £53 million recruit from Leipzig, won the penalty that Jorginho converted to put Chelsea ahead.

Kai Havertz, who made a £70 million switch from Bayer Leverkusen, wasn’t quite so impactful, but Lampard will be confident there are better days to come from the young Germany forward.

Chelsea goalkeeper Kepa Arrizabalaga was guilty of another mistake when Leandro Trossard equalised for Brighton.

It was an encouraging opening to the campaign for Lampard, who has accepted he is under pressure to deliver a title challenge after spending more than any other club so far in the summer transfer window.

Chelsea finished 33 points behind champions Liverpool in fourth last season before a disappointing FA Cup final defeat against Arsenal, but they are primed to improve if Lampard can gel his new signings.

Lampard’s other expensive recruits, former Ajax playmaker Hakim Ziyech and ex-Leicester left-back Ben Chilwell, were both sidelined by injuries, while Thiago Silva wasn’t available as he returns to training following his free transfer from Paris Saint-Germain.

The historians among Chelsea’s fanbase will have noted this was the third time they have started a Premier League campaign with a Monday night victory, with the Blues going on to win the title on the previous occasions in 2014-15 and 2016-17.

The only frustration for Lampard was Kepa’s howler. The world’s most expensive keeper was already under pressure to improve after an error-strewn season and with Chelsea having spoken to Rennes about Senegal keeper Edouard Mendy, his days as first choice might be numbered.

Crystal Palace also managed to defeat Southampton with a lone goal, thanks to Wilfred Zaha’s early goal in the 13th minute into the match.

West Ham united also lost at home to Newcastle 2-0 at the saint James park.The EPL has began and every team are on the edge to be among the top four at the end of the season.