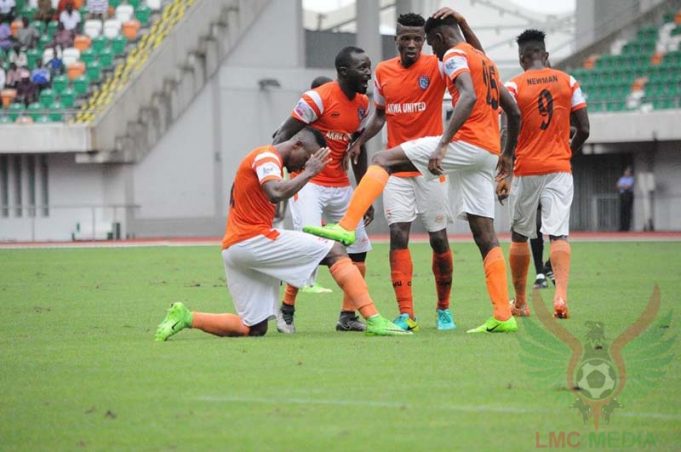 Since February Nigeria have been grappling with COVID19 Pandemic and putting it under some control, there were little hopes that football activities would resume in the country, while taking cognizance that top football leagues in Europe had resumed.

It was a galore of joy when the Presidential task force lifted the Ban of football activities in the country, Players, coaches and administrators of the local leagues are hopeful to continue with the round leather game.

Although the PTF lifted the ban with some conditions which include obeying all COVID19 protocols.

With the news from the PTF, the Nigeria Football Federation had an executive meeting held via video conference where they endorsed new date for resumption of the league.

The Nigerian Professional Football League (NPFL) was tentatively scheduled to start at the end of September or start of October, pending the Nigerian Government’s directives on Covid-19.

The league was suspended on Match day 25 in March, NPFL was officially called off and Points Per Game (PPG) was used to determine the final rankings, with no promotion and relegation.

According to NFF, ” Following from the lifting of ban on football activities in the country, the Executive Committee endorsed a proposal by the League Management Company to fix the calendar for the 2020/2021 Nigeria Professional Football League to commence anytime from Sunday, 15th November 2020 and end the season by June 2021, with full adherence to the Federal Government’s COVID19 protocols and other requirements as may be prescribed.

“Full compliance with the Club Licensing regulations is mandatory for Clubs willing to take part in the NPFL. The Executive Committee further mandated the NNL, NWFL and NLO to synchronize their calendars with that of the NPFL with each of them commencing within three weeks of the elite League. However, the Executive Committee made it clear that in line with the Federal Government’s directive, all football activities can commence immediately” he said

Before the PTF lifted ban on football activities, clubs have commenced with the preparation for new season, with clubs fumigated their stadiums and camps, some also did COVID 19 tests for players and officials.

The fumigation exercise was professionally handled by the officials of Kingzo Industrial Cleaning Works, the company in a certificate issued to Akwa United after the job assured that the camp is free from all forms of infections at least for an initial period of six months

Aside from the off pitch preparation, NPFL, NNL Clubs are back for preseason training to fine tune and get prepared for the battles ahead.

Although the League Management Company recently has certified 13 stadiums across the country to have met minimum requirements to host games while Another 11 were recommended for varying degrees of upgrade and repair works before they can be certified to host NPFL matches.

With just 10 days to the tentative kick off date of the elite league in the country, Clubs don’t know their foes and how they will journey through out the season.

Even some Pre season tourney set to kick off days after the tentative date for league resumption.

All COVID 19 guidelines, club licensing and players registration are yet to be announced by the LMC as part of commencement of new season

Djokovic and Stan start with win in 2018