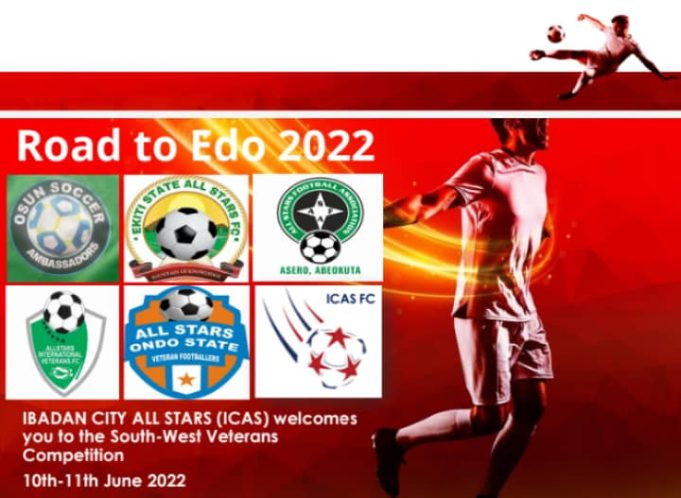 The southwest Zonal Qualification of All-Stars Veteran cup will start in Ibadan today with a representative from all States in the southwestern part of the country.

All-stars football Association of Asero, Abeokuta target to pick the lone ticket for the region as the team set for the journey in Ibadan.

The Region Qualification will start on Friday by 3pm and ends on Saturday at the Ikoloba High School, Ibadan, Oyo State.

In a statement by it’s Public Relations Officer, Hakeem Akintunde revealed that the team is ready for the battle and will surely represent the good people of Abeokuta and Ogun state at large Very well.

Other teams from southwest are; Osun Soccer Ambassador of Osun statAll-starsars of Ondo, Ekiti State All-StarAll-starters Veterans, and ICAS.

The winner of each zone will represent their zone at the finals in Edo state later this year.