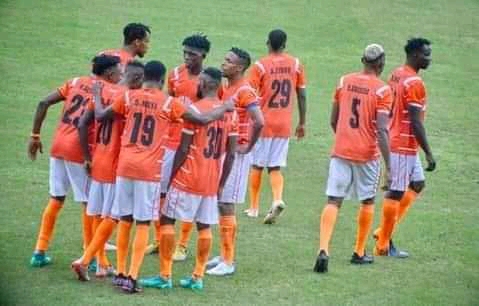 Akwa United defeated Algerian club CR Belouizad on Sunday 1-0 in the first leg of the TotalEnergies CAF Champions League at Nest of Champions, in Uyo to make their debut a significant one.

Friday Ubong lone goal four minutes from time was what the Promise Keepers needed to win.

Reacting after the match, Akwa United head coach Kennedy Boboye said, “The Algerian side are highly technical. They have been in this tournament for three to four times. You can’t take it away from them. This is our first time in the Champions League. There is no how we would have gotten what we wanted in a space of four weeks. The Algerians have been together for four years.

“This is what we have gotten. Most of these players we tried to get didn’t come. We can’t stop players from travelling. It’s unfortunate that we started the tournament very early. We haven’t been able to play together for a long time. By the time we surpass this stage, we would be better than before.

“We will go there with a different formation. What we need is an attacker who can hold the ball. If we can’t score, let’s try to keep the one we have. We haven’t gotten the qualities needed upfront. If we play to instruction and the formation to be used, the team should perform well.” He said

Akwa United will travel to Algeria this week for the return leg of the preliminary round of the CAF Champions League.