Four days after winning the African Women’s Player of the Year for the fourth time to equal compatriot Perpetua Nkwocha, Oshoala continue his fine form in the year.

In 2020, Oshoala has recorded Six goals in just two matches and 14 goals in 14 matches for the catalian.

“Another day at the office,great team work again today, glad to get 4 goals, we keep going” she wrote on Twitter 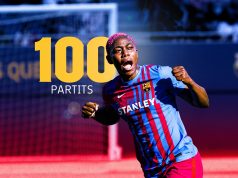 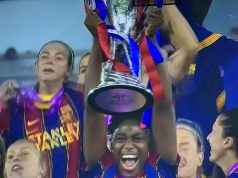