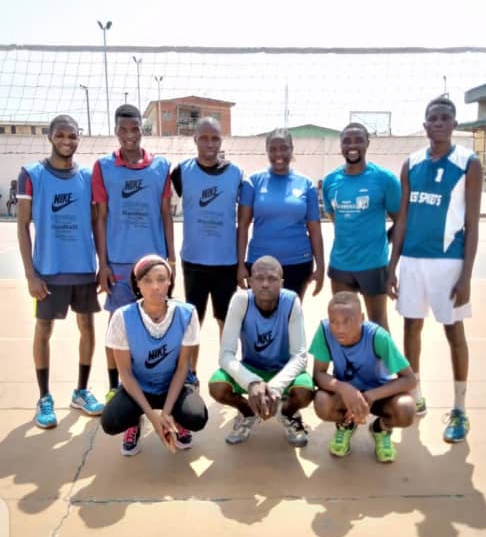 The Ogun State Volleyball Association returns after ten months with friendly match to prepare for the new season.

It would be recalled that the Presidential Task Force on COVID 19 banned all Sports in March 2020 as part of Measures to curb the spread of the Virus.

In a release signed by the Ogun State Sports Council Head of Public Relations and Information, Bola Giwa Obtained by NAIRA SPORTS, disclosed that the friendly was between four clubs and all COVID 19 protocols was followed.

According to her, ” The Friendly Match which is the first after the outbreak of covid-19 pandemic was conducted with full compliance with the safety precaution guidelines stipulated by the World Health Organization WHO, consist of four Teams playing against each other. Team A: Ijebu Spikers, Team B: Egba Division, Team C: Gateway Spikers and Team D: Civil Spikers

The Director of Sports, Mrs Folakemi Rotimi in her remarks made it known that she started her sporting career as a volleyball player and represented the country with many medals in display, she expressed her appreciation on the initiative that produced the event and encouraged them not to relent in their efforts of improving the program of grassroots development.

The head coach Ogun volleyball team, Coach Segun Abinde, made it known that the purpose of the event tagged End of the Year Volleyball Party was to express their gratitude to the almighty God for the grace of another Game Season, and to use the opportunity to discover new talents within the state.

According to Coach Abinde “…confidently, I can say Ogun State Volleyball Team is one of the best teams in the country” 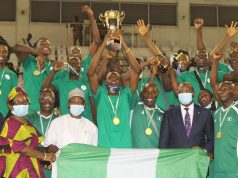 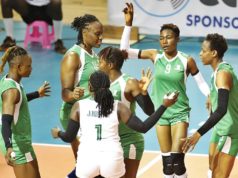 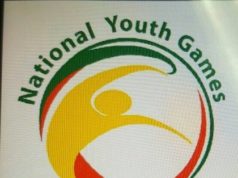