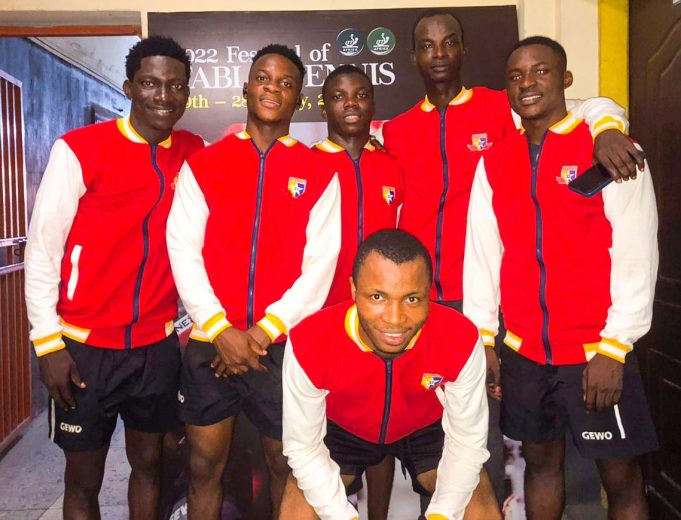 Ogun state based Table Tennis club, Remo Stars targets her first Gold medal at the African Table Tennis Championship when they play ENPPI Club of Egypt in the final.

The 2022 African Club Championships is one of the three competition billed for the Table tennis festival at the Molade Okoya-Thomas Hall of Teslim Balogun Stadium.

Remo Stars won a Bronze medal at the last Edition.

Mati Taiwo started on a poor note for Remo stars before Amadi Omeh makes sure the sky blue team returned into the game in the second set.

Azeez Solanke won the third set for Remo stars before Amadi Omeh beat Rilwan Akanbi in the fourth round to seal the victory for the Ogun state based team.

Reacting after the victory, Remo stars coach Omoniyi Adedotun said that, “It’s not an easy one but I’m super excited and their players tried their best because we had a tough game but my players summoned courage to win. All my players are upcoming and I’m super proud of them”

For ENPPI Captain, Antoine Hachard said they must win the final, “It was crazy experience in Nigeria, every time I come here people are funny, we must win tomorrow although no match is easier we will win, it’s a great team work and we are well-prepared energy for the final. There will be more crazy people in the crowd and more fun and it’s nice every time we played here and every people like it and they came to watch.” he said.

The Final will hold on Wednesday at the Molade Okoya Thomas indoor hall of Teslim Balogun Stadium.

Infantino: Football will play a central role in bringing communities together