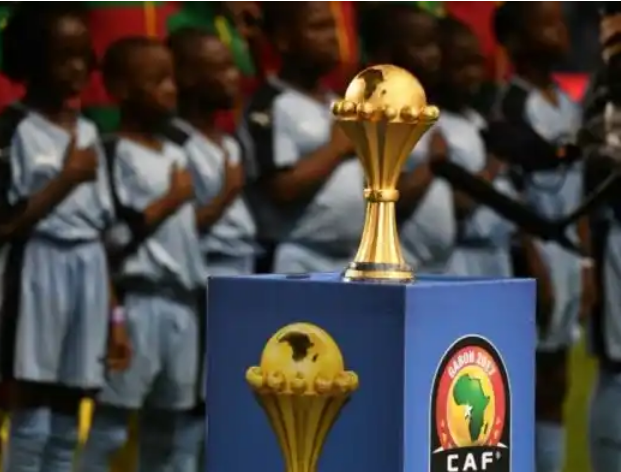 The the 33rd edition of the Africa Cup of Nations will kick off in Cameroon on Sunday with several preparation for the 24 teams that qualified for the biennial international Men’s championship.

It’s been a long road to get here for a competition that has been moved around the calendar multiple times and, in the style of Euro 2020 last summer has the ‘wrong’ year in its official title, but 24 teams are now finally set to duke it out in Cameroon to become the next champions of Africa.

Here’s everything you need to know.

Sanctioned by the Confederation of African Football (CAF), the Africa Cup of Nations, also known as AFCON, is the flagship continental competition in Africa. The tournament was first contested in 1957 and has taken place roughly every other year since then.

Five cities across Cameroon will play host to the 2021 AFCON (yes, we know it’s now 2022), with the opening ceremony unfolding on Sunday and the final being played four weeks later on February 6 both at the Paul Biya Stadium in the capital, Yaounde.

Cameroon were due to host the 2019 edition of AFCON, but the tournament was moved to Egypt as the infrastructure was not ready in time. They then agreed to stage the following tournament the 33rd edition of AFCON, scheduled for June and July last year. It was then moved forward six months to last January, in an attempt to avoid the torrential downpours of Cameroon’s wet season.

Another change of date was instigated after the emergence of the global COVID-19 pandemic, pushing the tournament start date back a full year to this month. It’s the first time Cameroon have hosted AFCON since 1972.

In 2019, AFCON expanded from 16 competing nations to its current format of 24, with six groups of four all playing each other once.

Who are the favourites to win Afcon 2021?

GOAL takes a look at the teams with a huge chance to win the title.

Algeria: The defending champions will start as clear favourites to retain the title they last won in 2019 after beating Senegal 1-0 in the final staged at Cairo International Stadium in Cairo, Egypt.

The North African side have been pooled in Group E alongside Ivory Coast, Equatorial Guinea, and Sierra Leone, and they will kick off their campaign with a game against Sierra Leone at Japoma Stadium on January 11.

They qualified for the final after topping Group H of the qualification campaign with 14 points, and they still have a strong squad blended with experience that can easily see them successfully defend their crown.

Algeria coach Djamel Belmadi has a squad that comprises of regular captain and Manchester City player Riyad Mahrez and should they maintain their attacking style of play, they stand a good chance to win their third Afcon title in Yaounde.

Senegal: The Lions of Teranga reached the final of the last competition in 2019 and lost by a solitary goal to Algeria.

They were the favourites heading into the final and despite losing they now have a chance to make amends and go all the way to lift the title in Cameroon.

Senegal will be in Group B alongside Naby Keita’s Guinea, Malawi, and Zimbabwe and they will face the latter in their opener at Bafoussam Omnisport Stadium Kouekong on January 10.

They qualified for the final after registering an impressive 14 points, winning four matches, drawing two, and did not lose a single game in their qualifying campaign.

With players such as Chelsea goalkeeper Edouard Mendy, Liverpool’s Sadio Mane in their ranks, they are strong favourites to challenge for the trophy.

Cameroon: The Indomitable Lions clinched their last Afcon title in 2017 when they secured a 2-1 win against Egypt in the final at the Stade de l’Amitie in Libreville, Gabon.

Playing at home in the 2021 competition, Cameroon have been drawn to face Burkina Faso, Cape Verde, and Ethiopia and they will open their campaign with a game against The Stallions on January 9.

Under Portuguese coach Antonio Conceicao, Cameroon stands a good chance to reach the knockout phase and go all the way to the final as they will be playing at home.

Nigeria: The Super Eagles will head into the competition with a new manager – Augustine Eguavoen – following the recent sacking of German Gernot Rohr and he will face the herculean task of guiding the team to their fourth Afcon title.

Eguavoen, having tasted victory in the tournament back in 1994 as a player and has also led the Super Eagles to the bronze medal as a manager back at the Afcon 2006. He will use the experience to lead the side to another title in Cameroon.

Mauritania: The Island nation qualified from Group E alongside Morocco after finishing second with nine points from six matches.

With the team lined up to face Mali, Tunisia, and Gambia during the Afcon finals, they will find it difficult to get past the group stage as they luck experience to play at such a stage.