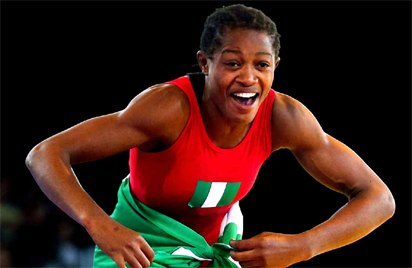 With 17 days to the Cadet African Wrestling Championships billed to take place at the Diete Spiff Civic centre, Port Harcourt, Commonwealth champion Odunayo Adekuoroye has continued  to shine for her team, Mumbai Maharathi at the ongoing Pro Wrestling League (PWL) in India with her impressive 4-2 win over Pooja Dhanda of Haryana Hammers at the weekend on Day 12 of the tournament.

Adekuoroye, a World Silver-medalist, had defeated Marwa Amri of Veer Marathas 5-1, three days earlier, and followed it up with her second win of the PWL Season 3.

The 24-year old started well, winning the first round 4-2 as both wrestlers failed to score a point in the second period, which ended 0-0. However, Haryana Hammers eventually overcame Mumbai Maharathi 44-32.

However, the 3-time African Champion is likely to help her team, Maharathi clinch the title this time, following previous successes with her former sides, Mumbai Garuda and Punjab Royals. Maharathi are still placed 4th, behind UP Dangal, Haryana Hammers and NCR Punjab Royals.

Adekuoroye will be back in action on Monday, 22 January, when her Mumbai Maharathi side battles NCR Punjab Royals.

She is expected back in Nigeria next week to continue preparation for the forth-coming African Senior Wrestling Championships in Port Harcourt from 7-11 February. 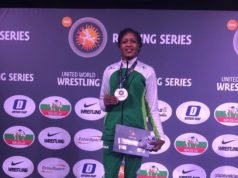