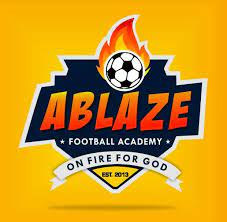 Ikorodu based academy, Ablaze is in high spirit of the opener of CY Tournament.

Ablaze will be facing Sharon FC on Saturday by 12pm at the CY TOURNAMENT in Ogolonto and the boys seem not to be close to preparation due to 5 key players traveling as the Head coach exempts them from the prep.

The blazzers lost to  Eazigo fc 2-0 in pre season friendly before the commencement  of the champioship.

The game  was a game the guys didn’t create so much chances but tried to make things right in the second half after going a goal down.

Fatiu the young goalkeeper who is seen to be the replacement for Okeoghene after he has completed his move to 36 Lion FC was given a nod to start but made two costly errors that led to the goals.

However the Head Coach gave him backing and believe the young lad would step up, he brought in Ola in the second half but the guys couldn’t get the goals back.

NAIRASPORTS had earlier reported how blazers will gong into the championship without some key players.